Lisa Barone has been one of my favorite bloggers since I first started habitually reading the Outspoken Media blog back in December. Why didn’t you people tell me about her blog sooner? Jerks. Anyway, earlier this week, she wrote a post that resonated with me to the point where I felt like I had to sleep on it before leaving a comment. And because I have some kind of genetic mutation that makes me incapable of writing brief comments like most normal people, that initial thought grew overnight into it’s own post…this post…a post that it pretty important to me, so thanks in advance for taking a moment to read it.

Which reminds me, I need to thank you all for reading more often. That’s a post for another day.

If you haven’t read Lisa’s post, I invite you to do so now. The gist of it is that we need to stop thinking of solutions to the “problems” of being a career-mined woman (especially a woman in a tech-related field) because the gender stereotypes are just that – stereotypes. Being meek, being someone who has trouble speaking up, being bad at math/science…they’re personality traits, not predispositions for women. Furthermore, as women we need to stop dragging one another down.

And she’s right, every word of it (at least in my opinion).

Except there’s one problem. I fit almost every female gender stereotype out there. I love taking long bubble baths with a glass of white wine, wearing lots of mascara and pink frilly dresses, and crying my eyes out as I recite every word of Titanic. I used to think I was more of a tomboy because I like video games and zombie movies, but let’s be honest; there are tons of geeky girls out there just like me. Some of my hobbies might be less common, but I still fit into the glittery girl column.

But we’re talking about business here. So in business? Well, yes, I do often choose a less financially rewarding route and instead go for jobs were I love the community feeling. Yes, I do often choose to associate with those “below” me rather than those “above” me. Yes, my work does sometimes get put off because I need to get housework done.

Here’s the thing though: whether these are indicative of being a woman or not…why do they have to be negative things? “Stereotype” is a word associated with negative qualities, but I think the things that make me fit the female stereotype make me better at my job as a blogger. Perhaps it is because I’m female that I can blog circles around you. Okay, maybe not you, dear reader, because you know I love you…but a general “you” – as humbly as I can make this sound and although I still have tons to learn, I think I’m damn good at my job. I’m proud of what I do in this industry.

And part of my accomplishments are directly related to these “female qualities” that Lisa suggests are not inherently female at all and others suggest that are challenges we need to overcome. For example:

I could go on, but my point is this: Why do we have to see then things that make us “female” as bad?

Men and women are statistically different when you look at averages, but for some reason, women always seem to twist it to be that women aren’t as good as men. We are; we’re just different. Why isn’t that okay? In fact, why isn’t that celebrated in the blogging world? Why, when the conversation turns to gender, do the posts fall into one of two categories: 1) Females in business have to work hard to overcome more problems then men or 2) Too many females are perpetuating the stereotype.

I don’t want to overcome anything and I don’t think I need to change who I am. I’m an awesome business owner without need to be more “male.”

Why, instead of seeing all these challenges that we have as female, don’t we see blessings?

Why isn’t it okay for me to be stereotypically female and for Lisa to give the middle finger to the gender rules (at least in her business life, because I have no idea how much pink is in her wardrobe)? Why can’t we both be awesome at our jobs?

There doesn’t need to be a line drawn in the sand. It doesn’t have to be right versus wrong. Neither of us have to change. We’re both strong entrepreneurs, whether we have traditional female qualities or not.

I’m a successful feminine business owner – and I’m proud of that. 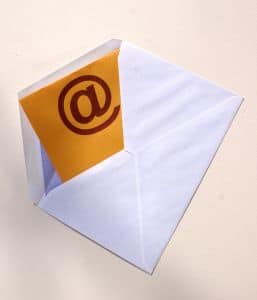