I recently had the chance to chat with Andrew Zarian – founder of Guys From Queens Network, a web based television network covering a range of topics – from Technology to Entertainment and more. Andrew was willing to divulge his advice about finding sponsors for your show, and his key piece of advice (which works for anyone generating content) is to “Be Consistent”!  Here’s what else we talked about: 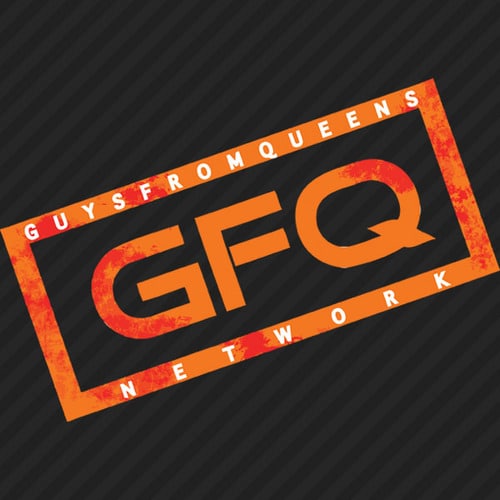 What was your initial goal for starting Guys From Queens Network?
My initial goal was to keep me busy! I had just recently gotten laid off from my IT job. I was about a month into looking for a new job and I was just trying to keep busy. It was a hobby. I’d never tried podcasting before, I didn’t know much about it. I was a big fan of radio growing up, so I decided I was going to start doing a podcast with one of my friends. It kind of spun into a full time job within 6 or 7 months. It became a real thing and a year and a half later, we started making some money. It kind of spun into what it is now. I had never gone into it with the goal of, “I’m going to create this network and I’m going to make a lot of money.”

I see you started off in podcasting, what made you switch to video?
I did a couple audio podcasts and I kind of wanted to get some feedback from the audience. We discovered Ustream, Justin.tv, and Stickam so we kind of moved it into a video-themed show. It’s pretty much always been a video-based show, we just have a podcast format because we release it in audio and video.

I kind of wanted that connection with that audience. It’s totally different when you’re in a room with a person and talking with them, or when you’re broadcasting and you see 5,000 or 6,000 people. You see their comments and it’s kind of a connection because you change the way you do the show, because they’re interacting with the show.

What is your main content focus and has that shifted at all over the past two years?
We started off, it was a variety show. The network is pretty broad, we try to have something for everybody. We have a comedy aspect, we have a shock-jock type show, we have a tech show, we have a men’s call-in show. We try to base our network for everybody. That’s our goal. We want to attract as many people as possible.

The core has always been technology. That’s something we can’t ever eliminate. So we try to cater to them a little more than anything else.

What shows did you launch with?
The first show was the Andrew Zarian show.

And how did you choose to add shows after that? Were you going for more variety?
We started off with that and then one of the viewers wanted to do a technology show. He reached out to me and we tried it a couple times. It worked great. We have a couple viewers who became part of the network. A couple people I knew that wanted to get into this field ended up coming on board. So, it’s just here and there we added shows and it grew.

You say it took some time to start making money with the site. Did you search for sponsors initially or did you wait until you grew your audience? How did you go about monetizing the show?
I never wanted to reach out to sponsors without having the audience. I know a lot of people want to monetize, and you need to monetize if you plan on doing this long term. But you need to realize you need an audience and a certain type of demo that’s going to attract advertisers. I really waited, about a year, until I started looking for an advertiser. We reached out to a number of companies early on, but we didn’t hear back because we didn’t have any press or any name-recognition, but we started off with GoDaddy, Audible and some affiliate stuff. About 8 or 9 months ago Hover reached out to us. They’re big supporters of the network, they really push the network. They’re long-term sponsors of us.

I would advise everyone, it’s always great to look for sponsors, but many times they’ll reach out to you. I was told by somebody that’s really involved with this, that there’s more companies looking to spend money than there are looking to accept the money. So you’d be surprised!

What types of marketing do you implement to drive readers to the site and shows?
I’m always a big fan of providing good content. If you do good content, people will come. I really haven’t pushed online. Facebook and Twitter are a huge huge help. If you tweet on something interesting, people will find you based on that.

So, How much time does the network spend on social media?
We have interns constantly on Facebook and Twitter, monitoring what people are saying, and will Tweet about it, we’ll reply. Pretty much all day we’re on!

Now, what about your blog? How does that work tie in with the shows?
We just started doing some blogs, about six months ago, so we’re taking it slow. We’re looking to add more that tie into what we talk about each week. The blog has been kind of separate but we’re bringing it all together so the blog is an extension of what we do on the shows.

If you could offer one bit of advice for someone new to podcasting or video blogging, what would it be?
Try to get through 22 shows. If you can get through 22 shows, you know that you have something good. I notice a lot of people give up after a couple weeks because they realize it’s not working out the way they’re doing it, it’s not what they expected. I would tell people to stick to it for at least 22 weeks because you’ve got to craft and fine-tune what you’re doing.

It’s a funny question, because I have a hard time explaining to someone that there are no shortcuts. People think that there’s some switch you turn on and you get an audience. It’s a combination of things. You really have to keep doing it and be consistent. If you’re consistent, you’ll grab a couple of people. But don’t be discouraged if you only have ten or twenty people watching.

If you’re reaching out to 50 people, and those 50 people are going to tell somebody, you’re going to grow what you’re doing. That 50 could easily turn into 1000. If you’re consistently putting out a decent product. The worst thing you could ever do is say, “Ah, I’m not going to do it this week.”

If you’re not there for a week, they’re going to forget about you. There’s so much good content on the Internet. What are you doing that’s so different from anybody else? If they feel that you’re not into it and giving it 110%, they’re not going to stick around.

So pretty much, be consistent. If you’re consistent you can grow your brand.

Thanks Andrew! You can find Guys From Queens Network live blogging at BlogWorld NY and Andrew is speaking for the Digital Broadcasting track.