On Saturday, Mashable added another rumored feature to the growing list of iPhone 5 modifications. The CEO of Sony, Sir Howard Stringer, confirmed that Sony is manufacturing a camera sensor that will be used in the iPhone 5. Production of the sensor has been delayed due to the tsunami and earthquake in Japan. It is now assumed that there will be an 8-megapixel image sensor for the iPhone 5. 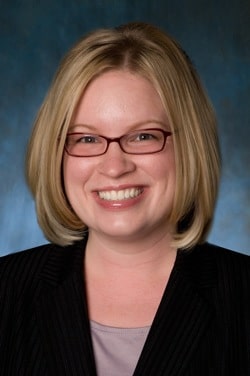 While most people were looking at the infographic summing up the rumored iPhone features, I was thinking about non-disclosure agreements. (I have an Android phone; I’m not always in lawyer mode.) If this was truly a slip, Stringer could be facing serious consequences if there was an NDA in place. But, as Calvin Lee of Mayhem Studios was quick to point out on Twitter during a brief discussion, no one ever seems to get sued when these Apple leaks happen. So, no NDA or planned?

Non-Disclosure Agreements
NDAs are contracts between two or more parties, companies or individuals, that define confidential information and how access to confidential information should be restricted. This type of agreement is frequently used to protect trade secrets, which are generally not known to the public and by which competitors could gain an advantage if such information was made public.

An NDA may be used by companies that are considering entering a business relationship, but wish to protect their confidential information until a final determination is made. In some cases, employers may use NDAs with their employees.

NDA agreements often contain a provision for liquidated damages. If the NDA is violated, there will be a set figure that the violating party is required to pay.

The Impact on Social Media
NDAs are commonly used between brands and the bloggers who promote them. If you sign an NDA, ensure that you only share the information that you are permitted to disclose. Do not share any future advertising campaign information or product releases with your audience or even your family. Don’t try to bolster your SEO by using keywords for a future campaign that is about to be released that you have inside information on. This type of activity could easily backfire, leaving you in breach of the NDA and with a severed relationship with your brand.

Conclusion
NDAs are commonly used. If you have questions about the terms, ask before you sign. Most importantly, protect the confidentiality that you’ve agreed to and you shouldn’t have any problems.