April Fools Day is tomorrow, so get ready to be pranked by friends and brands alike! The Internet has made it all to easy to pull the ultimate April Fools Joke, and businesses have been jumping on the bandwagon each year. Here are some of the biggest April Fools Jokes played by companies:

Google in 2010: Renamed the website Topeka after Topeka, Kan because in March, Topeka Mayor Bill Bunten announced that he was informally changing the name of his town to “Google,” just for one month. So this was a tit-for-tat on Google’s part 🙂

CollegeHumor.com in 2010: Your IP has been recorded. Upon landing on the home page, visitors were presented with a warning from the “US Department of Information” when visiting the site – claiming that their IP address had been recorded because the site was currently under investigation. 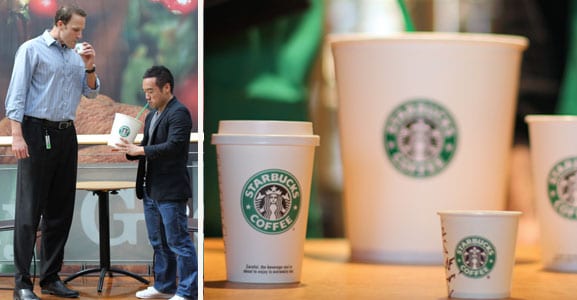 Starbucks in 2010: Starbucks announced the arrival of two new sizes, the Plenta (128 fl oz.) and Micra (2 fl oz.) They even gave ideas for how to recycle the Plenta cup – suggesting fans use it as a popcorn receptacle, rain hat or yoga block!

Funny or Die in 2010: Changed their site to Bieber or Die – with the entire site designed around the teen pop sensation Justin Bieber! As Bieber says in a video explaining the switch, “anything that’s not Bieber dies.”

Google in 2009: Announced CADIE “Cognitive Autoheuristic Distributed-Intelligence Entity” and claimed she was a 3D web browser. The site even provided a printable version of their own 3D glasses for those without 🙂

Guardian in 2009: Announced they would become the first newspaper to publish exclusively on Twitter.

Burger King in 1998: Released the Left-Handed Whopper, a burger whose condiments were turned 180 degrees to benefit left-handed consumers.

Taco Bell in 1996: Announced that it was renaming the Liberty Bell to the Taco Liberty Bell.

National Public Radio in 1992: Announced Richard Nixon would be running again for president with the new slogan, “I didn’t do anything wrong, and I won’t do it again.”

Sweden’s Broadcast Channel in 1962: Told viewers that their black-and-white TV sets would display in full color if they pulled a nylon stocking over the front of their TVs.

BBC in 1957: A news show announced Swiss farmers had grown spaghetti, showing footage of peasants pulling spaghetti down from the trees.