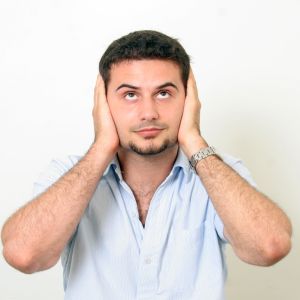 Sometimes, it can seem like the only people reading your blog are other bloggers – and let’s face it; for most of us, other bloggers aren’t our target market. It’s really great if you have an arsenal of blogging friends on Twitter to support you because you write great things, but they aren’t going to buy your products because, frankly, they don’t need them.

So let’s talk about the people who aren’t readying your blog – and how you can get them to change their dreadful ways!

1. A-Listers in your Niche

No matter what your niche, their are certain bloggers who have been around the block a time or two. It’s the a-list: the bloggers who seem to speak at every conference, publish books based on their blog topic, and have an army of rabid fans. Who doesn’t want an a-lister to read their content?

Most of us have friends who don’t really “get” the whole blogging thing. Even if you mention that you’ve recently written something they might like, they don’t read it. It’s like pulling teeth, which can be super frustrating if you’ve written something that is exactly what they want or need.

Not every blog is perfect for a younger market, but some bloggers are missing out. “Kids” doesn’t just have to mean pre-teens. I’m talking about anyone under the age of 18. There are millions of high-school-age young adults out there, and that could be an untapped market for you.

Writing guest posts can boost your traffic – or can it? The idea behind guest posting is that you’ll reach a new audience, but the fact of the matter is that many people who read your guest post won’t click through to your blog – they’ll just leave a comment there if they are so inclined and be on their way. Guest posts are undoubtedly good for brand recognition and back links, but they don’t always produce traffic in the volumes you want.