The only thing that counts is new … by Harry Webber

Why I Decided To Stop Blogging.

For 273 weeks in a row, I would bring my world to a screeching stop, and then start the task of writing this week’s episode. People came to know that if it were Tuesday, Harry Webber would be unavailable for comment, conference, dinner or debate. He was grinding towards 6am LA time to make his self-appointed deadline of Wednesday morning in New York. Then one day I decided to stop blogging.

MadisonAvenew.com was one of the first blogs to cover the world of advertising penned by a real, honest to goodness advertising star. My campaigns were known around the world. One in particular, had become the longest running ad campaign in history. “I am stuck on Band-Aid Brand.” the campaign had introduced John Travolta, Teri Garr and the cutest little Randy Jackson to their first network TV audiences.

Having worked with some of the greatest minds on Madison Avenue, I really believed I had something to contribute to what I knew was about to unfold. A massive change in how American business went to market.

I had worked for a man who has been hailed as the greatest advertising art director of all time. The legendary Helmut Krone. Mr. Krone had given the world “Think Small” the first Volkswagen campaign; “We’re Number 2” for Avis; “Juan Valdez” for Columbian Coffee, and on and on. And like most famous men, Helmut Krone became known for one cryptic quote. “The only thing that counts is new.” Since the great man had passed, just two weeks before my first edition, I ensconced his line as the theme
of MadisonAvenew.com. Hence, the NEW in AveNEW.

MadisonAveNEW.com would report about the frontiers of advertising. The bleeding edge, as it were. The problem was, there were no “frontiers” of advertising. Although the media landscape was changing all around Madison Avenue, the ad industry had become totally entrenched behind the 3o second TV commercial as its tried and true “Killer App.” The only “new” out there was not coming from Madison Avenue; it was coming from Silicon Valley. In a word, “technology.” And the men and women in their grey flannel suits never saw it coming. But I did. At the time I was working as a Creative Director at one of the first interactive agencies, March First.

It worked. By the end of our first year we had 10,000 hits a week from time zones all across the globe. I was being invited to speak in places like Singapore and Cannes. Before starting the blog I had written a book. “Divide and Conquer: Target Your Customers Through Market Segmentation” (John Wiley & Sons, New York). That book, backed up by a Yankelovich study had put the final nails in the coffin of the practice of Mass Marketing. It was translated into four languages including Simple Chinese and became the best seller on the subject.

I knew that if the blog was to be successful I needed another marketing breakthrough like market segmentation to tie it to. I dug deep and found it. “The Dawn of the Post-Advertising Era.” It was the perfect positioning statement for an industry in free-fall. And so I dug in.

With titles like, “Are Consumers Smarter than We Are?,” “The Four Great Myths of
Global Branding,” “Concept is Stronger Than Fact” and “The Lost Art of Persuasion,” I started 2009 off with a bang. The circulation blew up. Then I started commenting in the mainline ad blogs and signing off with the MadisonAveNEW.com URL. That really racked up the hits. I had found the sweet spot.

Controversy sells and I found myself being quoted all over the place. Derek Walker in Ad Age coined the term “Legend,” and it stuck. Emboldened by all the coverage, I decided to raise my sights. I had always invested in the stock of my clients (poor man’s inside trading) and I noticed my Coca-Cola shares were taking a nosedive.

There was a massive management shake-up in Atlanta and mischief loves a vacuum.

So I joined forces with Dan Cracchiolo (Producer of “Matrix) and John Feist (Producer of “Survivor”) and we created a counter advertising campaign for Coke Classic entitled the “The Cool American.” 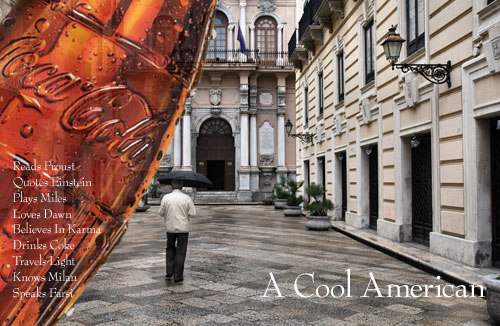 Since we had global readership, we figured running the campaign in MadisonAveNEW would get it picked up by the indigenous media, since anti-American feeling was at an all-time high. (Remember “Freedom Fries” replacing French fries for a hot minute?). We had no idea.

The campaign was picked up by AdRants, featured in Japanese Ad Age and covered by the Wall Street Journal. MadisonAveNEW.com was famous over night. And then lightning struck. Nat Ives of the New York Times ran a feature crediting the Cool American campaign with starting the hot new trend of user-generated content.

The next step was to take all of these new ideas that were being generated as a result of the “Post-Advertising Era” and weave them into a new paradigm for what comes next. To answer that challenge we created the NeoAdvertising Network Platform. “Neo” means New. So we set out to literally re-invent the business model for advertising. Once we had that accomplished we set out to find a client to test it on. During its darkest days, Toyota seemed to be the perfect prospect. We pitched them on NeoAdvertising. They bought it. We launched a Toyota “Driving While Texting Is Nuts” pilot project. It was wildly successful. 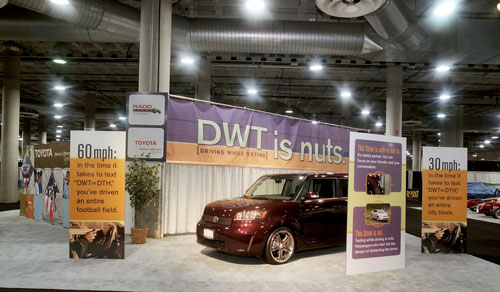 So why did I stop blogging at the top of my game? I stopped blogging because I had nothing more to say and nothing more to prove. I left the blog up for all who wished to advantage it. But to continue it would be anti-climatic. What becomes a legend most? Absence.

Creative Executive on Madison Avenue for 30 years. Co-creator of two of the longest running advertising campaigns in history; “I am Stuck On Band-Aid Brand” and “A Mind Is A Terrible Thing To Waste. Consultant to corporations on Organizational Creativity through FourAlpha.com.