Social media marketing software company Offerpop unveiled a new set of Facebook applications in January, including Tug of War, Photo Contest, and Exclusive. These tools are all focused on giving users the ability to share content, comment on a product, or share opinions through polls. 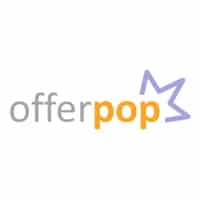 Tug of War: Allows for interactive games and two-way polls where users choose a “side” by commenting under their choice. The vote gets posted for other participants and their friends to see.

Exclusive: Gives marketers the chance o share fan-gated offers or content, or enable private sales for fans – all in a tab on their company’s fan page. When a user clicks “Like” they can unlock the offer!

Fan Faves: Allows marketers to set up and run contests where fans vote for their favorite photo and/or YouTube videos from a list that they curate. Like other Offerpop apps, the campaign can be fan-gated and you can tie in products details or offers.

Sign Up: Makes it easy to set up a custom registration form that fans fill out and submit. Ideal for running sweepstakes, contest or giveaways where you want to capture user information, get more leads and email opt-ins. Reports include a downloadable excel spreadsheet with all form submission data.

One company that saw results using Offerpop with the first use of the Photo Contest app after launch, was Huddle for Haiti – a Canadian Football League Players, Association (CFLPA), WestJet and Oxfam Canada sponsored initiative that drives awareness and support for Haiti relief.

“Huddle for Haiti organizers set up a Facebook fan page to act as the “hub” information that would inform audiences about their journey, drive awareness about the continuous need for aide, and engage people to share in the spirit of good will,” said organizer Tammy Robert.

The Huddle for Haiti team was looking for a new social marketing tool to engage and grow their Facebook fan base, and draw attention to the cause via a themed contest. Powered by Offerpop, the Get in the Huddle photo contest allowed fans to share their volunteer stories and photos, and then vote for their favorite entries simply by commenting. The contest was fan-gated, something that was important to the organizers and has helped to increase Huddle for Haiti’s fan numbers. Within 24 hours of launching the campaign, the fan base doubled, and within just four days the photo contest had generated over 1,000 votes from fans, and helped to boost traffic to the Huddle for Haiti page by 120%!

Do you have news to share, a social media tip, or exclusive scoop on a new website launch? Send us your information and/or press release to be considered!