During the entire month of February, BlogWorld and Social Media Examiner founder Michael Stelzner have come together to bring you Blogging Success Summit 2011, which is like a miniature virtually BlogWorld. When I read over the list of presenters, I separated them into two categories in my head – speakers that I needed to see (ok, “listen to” since it’s virtual) live and those that could wait, where I could just watch the recordings later if I get the chance. 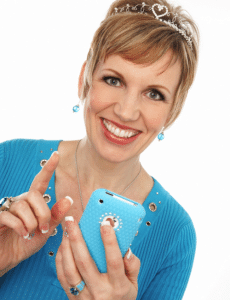 For those of you who don’t know Mari, she’s pretty much the queen of Facebook. I’m more of a Twitter girl myself, but as much as I tweet, I don’t know half or even a tenth about Twitter as Mari knows about how to use Facebook if you’re a blogger or marketer. the presentation left my head spinning because of all the awesome information, but one of the strongest take-away messages, in my opinion, was this: Before you automatically update, really think about whether or not it is a good choice.

Whenever someone says automation in regards to social media, we all kind of have this knee-jerk reaction to say, “AH! NO! BAD!” but the truth is that most of us use at least a little automation to help us out. And that can be ok – if 1) it makes sense for the platform and 2) most of what you do is not automated. It’s called social media, not robot media.

Social media automation can be good if you do it sparingly. Whenever you write a blog post, you have two choices if you want to promote it. First, you can update all of your profiles manually. This takes a lot of time, even if you just concentrate or four or five platforms, but the payoff is that  you can add a personal message with the link. I’m a fan of services like Twitterfeed, to be honest. Instead of having to update manually, it pushes your link out for you. There are Facebook aps that do the same thing (which Mari talked about in her presentation).

There are also services that tweet out random old links from your blog. I know a few people who have it set to tweet these links once or twice while they are sleeping, which I think it a great idea. It keeps you active around the clock for international fans and brings to light some posts that may have slipped through the cracks.

Let’s talk about the dark side of social media automation – and yes, as you probably realize, it is really easy to go from Rebel to Empire when it comes to using any type of automation on social media sites. Twitter and Facebook will turn on you pretty quickly.

First, Mari made an excellent point during her presentation that I actually didn’t know. When  you update your Facebook page, whatever you post is given an “Edge Rank.” This is the likelihood that it will show up on the default news feed for your followers. Pictures and videos have a higher edge rank automatically, followed by links and then just regular posts. If you push your links out through an automated service, like the NetworkedBlogs ap, it will have a lower edge rank than posts pushed out manually. She recommends having an automated “blog” tab on your page, but posting to your wall manually.

With Twitter, there is no edge rank of course, but there is fatigue to consider. I know people who promote a new post 10+ times on the day it comes out, as well as several times over the week that follows. These bloggers often post several times every week and also use automation to tweet older posts, so that can translate to 20 or even 30 tweets a day, all pointing back to their own blog.

Often, these bloggers simply argue that “it works.” I have to ask this though – what are you measuring it against? That much automation might help you get a ton of traffic to your website, but if you lose one loyal but fed-up fan for every ten clicks you get, is it really worth it? Could you be growing faster without automation? Could something work better?

Whether it’s Facebook, Twitter, or another social site, I don’t like to see more than three or four automated posts from you every day – and that’s if you are also saying a lot that isn’t automated too. If you have something that you really, really want to promote, start doing it manually. It tells me that your link is important to you when you set beyond automation.

We’ve all seen it: people who go overboard with automation. If you don’t have time for Facebook or Twitter, it is better not to use these sites at all than to give a half-assed automated attempt, at least in my opinion. The face of ugly social media automation can look different from person to person, and you might disagree with me (beauty is in the eye of the beholder after all), but here as some things I can’t stand seeing:

Ok, so what do you think of social media automation on Facebook, Twitter, and other sites? What’s acceptable? What makes your skin crawl? 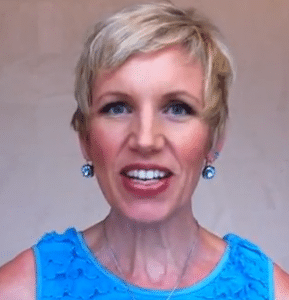