The end/beginning of every year is bombarded with awards and lists to recognized the best of the best in an industry. Blogging and new media is no different. For example, Social Media Examiner just announced the 23 finalists for their list of the Top 10 Social Media Blogs of 2010 and everyone on Twitter has been tweeting their nominations for the Shorty Awards, which recognize the best tweeters of the year. But do all these various awards actually mean anything?

I think they do…even to people who don’t make the list and even to people who weren’t even nominated. BUT we perhaps put too much emphasis on awards of any kind because we forget that they are an average opinion.

I don’t mean “average” in terms of average quality. I mean average in the sense that the “best” is chosen by the consensus of the masses. Usually, there are teams of people who judge these types of awards, and their scores are averaged together. Things like traffic, number of comments, and scores (such as Alexa) also come into play. Again, this is an indication that a site is loved by the masses.

That typically does mean that it is an awesome site (or Twitter account or Facebook page or video or whatever). But it doesn’t necesarily mean it is the very best out there for you. In fact, it probably isn’t.

To illustrate this better, let’s say that I ask three different groups of ten people each to rate my website between 1 an 10, with 1 being worst and 10 being best. Here are the results: 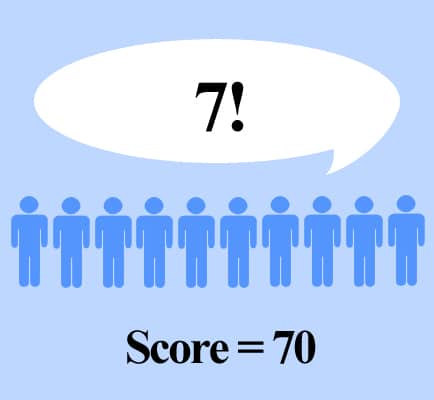 Pretend group number one is fairly impressed with my website. All of them agree that the site should be rated a 7, giving it a total score of 70 out of 100. Not bad. 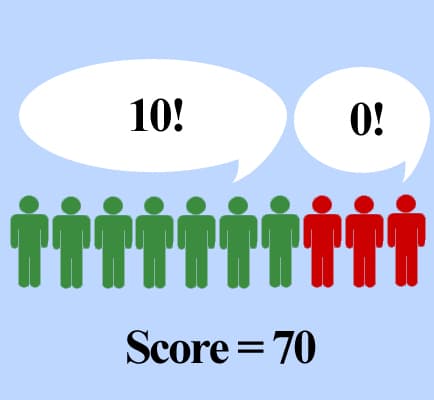 Pretend group number two had a more mixed reaction. Seven of those people absolutely loved my website and rated it 10 out of 10. However, three of the people really hated my website and scored it 0 – worse than even a score of 1! The result, a score of…erm…70. Hm. 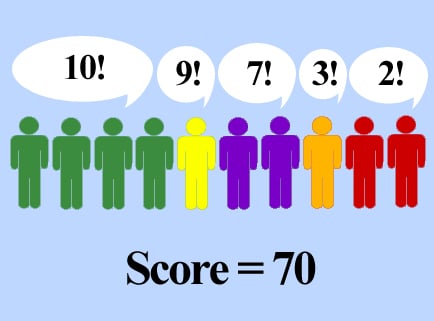 Group three probably represents what is most common with sites that score fairly well. Most of the probably like the blog, with some LOVING the blog, but some people disliking the blog. The score? You guessed it. 70. Although the average score for this group would be 7 out of 10, only two people, 20%, actually gave the site that score.

Think on a biggest scale. When you go to a website you “vote” for it essentially, increasing it’s traffic numbers and maybe even having effect on it’s Google rankings for certain keywords, it’s Alexa score, and so forth. But just because you go to a website doesn’t mean that you LOVE it. So these metrics can be misleading. Sure, it’s a good place to start if you’re a reader looking for some new sites to read. If something won an award, that means a lot of people probably like it, at least like it more than average. Some people probably love it. But that doesn’t mean you will.

I want to challenge you to only use “best of” lists as a starting point. Go outside of what that awards program named best to find the site you think is best. And when you do, go back to the post and leave a comment with your opinion – respectful, of course, but telling others about a site that you personally love (other than your own) that is related to the best of list the author posted.

And if you’re a blogger who posts “best of” lists? Keep doing it! Just because any system is flawed, at least a little, doesn’t mean that they don’t have any value. Make your process clear, use multiple judges if you can, and open up the comments section to links like I just mentioned, from people who’ve found sites they would rank a 10 out of 10, even if not everyone agrees.And if you’re on a list or nominated for an award? Be proud! It means you’re doing something right.

The world is a big place. Get out there and explore. We already know that *insert your favorite famous blogger here* is good at what he/she does – but realize there may be something even better out there for your specific needs and interests.

Note: I was inspired to write this post after reading an interesting post about dating preferences at OKCupid. The topic is totally unrelated, but the graphics/stats they use are similar to the concept I’ve shown here and definitely inspired me, so I wanted to give that blog a hat tip!