Over the weeks leading up to Christmas, I posted the 12 Days of Blogging – a play on the 12 Days of Christmas where I featured advice from over 100 bloggers from around the world on topics like recoding podcasts and using Facebook. It was definitely a learning experience for me, since I got to read hundreds of awesome posts, but the education didn’t stop with what the posts taught me. I also learned a log about two other things: writing a series and making information available on a blog. 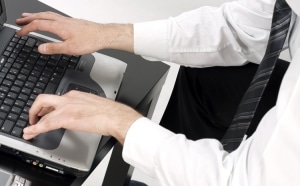 Today, as part one, I’m going to share with you what I learned about posting a huge series like the 12 Days of Blogging:

Lesson #1: Tell people what to expect – and when.

When I wrote the first post, it hit Twitter hard, with a lot of awesome people passing the link around to their followers. My first post was a long one, and after the links, I just kind of ended the post and moved on with my life. I got a TON of questions about future installments over Twitter. If you’re doing a series, tell people when they can expect the next update and how they can be notified (Should they subscribe? Will you be tweeting about it? Do you have an email list?). People who liked the first post don’t want to miss out on subsequent posts.)

Lesson #2: Plan twice as much time as you think you’ll need.

This was a hard lesson for me to learn. I knew that the 12 Days of Blogging would be a huge undertaking, but I definitely did not plan enough time for it. There were problems. On one post, for example, a blogger closed his site, so the link was broken and I had to find another relevant link to replace it. One of the bloggers I was going to feature in an upcoming post emailed and asked for a different link to be included under another topic, so I had to switch things around and find some new links. Reading posts, just to ensure that they were high quality, not just an interesting title, took a LOT of time. There were also bloggers I knew I wanted to include, but I didn’t have a specific post in mind, so it took time to look through their sites and find the best post to highlight. Bottom line, it’s better to plan for something to take three hours and have some free time than to plan for something to take one hour and be scrambling to finish.

Lesson #3: Make yourself available after posting each installment.

One of my major mistakes, at least with the first few posts, was going to bed or leaving my computer to relax a little right after posting the next installment. Because so many people were following the series, there were comments and questions both on the site and on Twitter, and I should have been available to answer them as quickly as possible. Instead, most went unanswered for several hours. I learned my lesson by the third or fourth day, but I likely annoyed some people from the first few days.

If you do a series of posts, MAKE SURE you link to the other posts in the series at the end. This is something I did with the 12 Days of Blogging, and I saw a lot of traffic to all of the older posts every day, through links on the newest post. Not everyone has been following the series since day one, so make sure they can find older posts too.

To go hand-in-hand with the linking lesson, make a single post or page on that lets people know what you are doing and why, as well as includes links to all of the posts in the series. At the beginning of every new installment, link to this post so that people new to the series know what’s going on. I’ve seen a lot of series that do not do this, and it is confusing for someone who comes in well after you’ve started the series.

Have you written a series of blog posts? If so, what’s the best tip you have for making it happen and keeping readers involved?

Part Two – on what I learned about site organization – coming tomorrow!