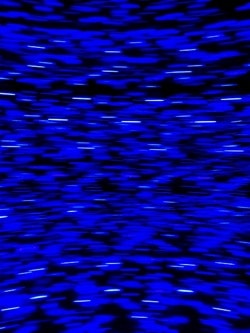 It’s widely accepted that including images with blog posts is a great way to draw and retain attention; finding relevant images that can be used while respecting the artist’s copyright can sometimes be a challenge. One good source for images are the millions of images licensed under Creative Commons licenses.

What is Creative Commons

In many countries (including the United States), copyright laws automatically protect a piece of work at the time it is created. You own the copyright to your photos as soon as you press the shutter button. With some limited exceptions, using a photograph or other material requires permission from the copyright holder. Creative Commons consists of a set of content licenses in which the creator retains some rights to the material but makes the material available for a given set of usages without requiring specific permission for each use.

A Creative Commons license can be interpreted as “This photo (or other material) can be used for _____ and in exchange I ask for _____.”

Most Creative Commons licenses require Attribution, which means that credit needs to be given to the creator of the work. While the license technically says the creator can specify the form of attribution, the convention online is to include a line of text that says something like “Photo by Steve Stevenson” with the text being a link back to the photographer (either their main website or the location where they posted the photo).

The other term to be aware of is that some licenses specify the image may only be used for Non Commercial usage. This can be a bit of a gray area for bloggers – is it commercial use if you accept advertising and make money from your blog? I generally play it safe and if I’m going to use Creative Commons images I only use ones licensed for commercial use. After all, my blog is a business.

You can use Flickr’s Advanced Search to find images for free use on your blog. Head over there, put in the term you’d like to search for, then scroll down and check the box to indicate you want to find only Creative Commons-licensed content. As I mentioned above, I also tick the box for content to be used commercially.

Creative Commons images can be a great way to add interesting images to your blog at no cost. As long as you respect the license (commercial vs. non-commercial) and include a link back with attribution you shouldn’t run into any hassles.

What experiences have you had with Creative Commons images? Do you find them to be helpful?

Aaron Hockley is a Portland-area photographer who also blogs about the photography industry and speaks about the intersection of social media and photography. Follow Aaron on Twitter.