Over the past few days, I kept seeing my Facebook friends change their profile pictures to cartoon characters. I’m a huge geek, as are many of my friends, so at first, I notice a few Pokemon pictures. I thought it had something to do with a new video game coming out or something. Then Disney princesses and Sponge Bob started showing up. Yet, I had no clue what was going on. Apparently, this was another Facebook trend that you had to be one of the “cool kids” to understand, like when everyone was shouting out their bra colors a few months ago. 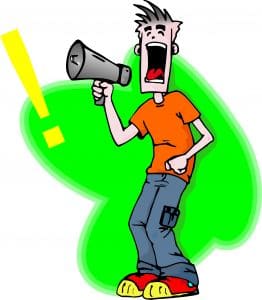 Finally, I saw someone post about it. Apparently, everyone on Facebook is supposed to change their profile picture to a cartoon character from their childhood for the weekend to show support for the prevention of child abuse.

Cue me rolling my eyes.

Let me say right now that I 100% support an end to child abuse. I used to work at a day care and saw first hand how horrible the effects of abuse can be. Most of the cause-related memes that hit social media are for issues that I fully support.

But how exactly does changing my profile picture change anything.

Whenever I bitch about these types of social media campaigns, the most common angry response I get is this: It raises awareness. Even if you aren’t out there stopping predators from abusing children, you’re reminding people that this is an issue.

Ok, I agree with this in some cases, but most of the time it just makes me roll my eyes a second time. Is it an issue that isn’t widely known? Then, that makes sense. Child abuse? Breast cancer? The extinction of *insert your favorite cute animal here*? I already know that these are huge problems in the world! I don’t need you to remind me.

If your cause is for something that most people do not know about, then by all means, start some kind of Facebook craze to raise awareness. As you’re changing your picture, ask yourself this: is doing so actually going to inform someone who had no idea that the problem exists?

Where’s Your Call To Action?

The “raise awareness” bull is only enhanced by the fact that people aren’t voicing their concerns over the issue. It took me THREE DAYS to figure out why everyone was changing their profile pictures to cartoon characters. If you honestly want to raise awareness, why aren’t you using the weekend to post often about why you changed your picture? Talk about the issue if it is important to you!

One of the silliest things I saw was a few months ago on Twitter when people were refusing to tweet for the day – I believe that was in support of autism. It makes no sense to me to refuse to talk about a cause in order to show your support of the cause. Instead, it should been a campaign where if you want to support autism, for the day you’re going to do nothing by tweet about autism – stats, links to how to donate, etc. 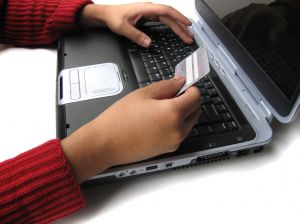 Most of all, what I hate about these cause memes is that there’s no actual call to action to help most of the time. Raising awareness is great – but who cares if every single person in the world is aware that child abuse exists? If no one actually does anything, it doesn’t matter. If you change your profile picture, give your friends/followers/fans a link where they can go to donate. In looking on Facebook for an answer as to why people were changing their profile pictures, I saw ONE link to a child abuse charity where I could donate.

And it was from someone who basically said, “Changing your picture is stupid. Here’s a link to donate instead.”

You can even get creative with it! For example, I think the “social media death” campaign that’s going on with a bunch of celebrities right now makes a ton of sense. Until fans donate however much money to a cause, you won’t be on Twitter/Facebook. Now that’s a call to action. You can even support if you don’t have the means to donate by passing around the link for others to do so. But just changing your picture doesn’t actually get anything done.

Abuse is not Trendy

While trying to figure out why avatar pictures were changing, I asked a few people what was going on. Three of them – THREE – said, “I don’t know. I just saw that people were changing their pictures, so I decided to do it too.”

Ok, I understand that showcasing your favorite cartoon character is cute, but child abuse should not be trendy! That’s the risk you run when you have no explanation or call to action. People just jump on the bandwagon because they want to be one of the cool kids, but at that point you’re not raising awareness at all!

I especially resent the thought that people are somehow going to think I’m a bad person if I don’t change my picture too. It’s not that I don’t support the prevention of child abuse. I just don’t like changing my profile picture. Beyond that, crap like this is going on constantly. It becomes white noise if I’m constantly asking people to donate to this cause or that cause. So, I’ve chosen the issue that is extremely important to me, and I focus on that. 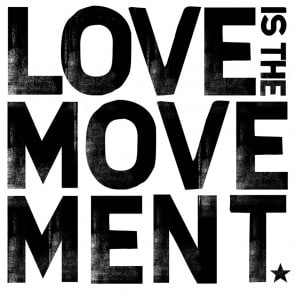 If you want to change your picture, awesome. Just tell me why, and give me something I can do to actually make a difference.

Right now, people are talking about child abuse, but the issue that is most important in my life is suicide prevention. So, to end this post, my call to action is this: Please consider learning more about my favorite charity, To Write Love On Her Arms, and consider making a donation to this or another charity this holiday season.