Every community has veteran members – those who have been around since the very beginning. Your veterans are often the backbone of the community. They were there through the rough times, when you were just getting started, and they’ll often be some of your biggest supporters, even when others are disgruntled. A good group of veteran community members can actually be the biggest asset to your community. They’ll answer questions, help newbies, and promote your site. 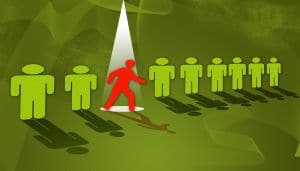 At BlogWorld 2010, Patrick O’Keefe, Chris Garrett, Lara Kulpa, and moderator Jeremy Wright presented “Building An Irresistible Private Membership Community,” and one of the topics they discussed was the problem of the veteran member who goes rogue.

There are two things to consider when dealing with this type of situation:

The first consideration is extremely important if you want your community to grow. Whether you have a paid membership community or a free community, if you allow certain members to break community rules with no consequences, other members won’t have a lot of faith in the community as a whole. It’s like when we were kids and a sibling got away with doing something bad but we got punished. It makes your community members feel like there’s a top-level clique that they aren’t a part of…and no one likes feeling like they aren’t cool enough to be included in someone’s little circle.

Applying the rules fairly includes ensuring that you are following the rules along with anyone else. Chris said something spot-on, in my opinion, regarding application of rules: “A key thing is to lead from the front.” If you have a no-cursing comment policy, don’t start dropping the f-bomb every two words. If you have a no-self-promotion policy on your forums, don’t create a thread specifically to pimp out your new ebook. The rules of your community apply to everyone, including you.

The second point though? Veteran members feel a sense of entitlement, and although it can get out hand, some of those feelings are justified. At the end of the day, they are the people who helped you build your community. They feel almost as possessive of the community as you do. Often, they’re just trying to protect what they think they have, whether that means rebelling against a new policy/feature or going off on a member they consider to be undesirable. Very rarely does a veteran member do something that is malicious, in my opinion.

So, when dealing with a rogue veteran, here are a few things to keep in mind:

When you do have to deal with a situation where a member isn’t following your rules, make sure you document the situation carefully. Take screenshots, save messages, and otherwise ensure that you have proof that someone was breaking your community rules. That way, if comments/posts get edited, deleted, or otherwise changed, you have a back-up of what really happened.

Thanks to Patrick, Chris, Lara, and Jeremy for a great BlogWorld panel!