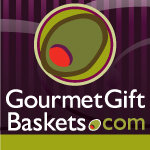 Imagine waking up one day to find that Google had penalized your site, knocking it from one of the top spots in search, and costing you 80% of your sales. How do you rebuild? Well Ryan Abood, founder of GourmetGiftBaskets.com, had this happen in September, 2008. He turned to social media and affiliate marketing to build sales again and make it back to the top. I recently had a chance to talk with Ryan about his story, and about setting a World Record at BlogWorld 2010!

I read your story regarding the Google Penalty – what made you realize social media was the way to go after that?
We honestly don’t believe social media is “the” answer to diversifying away from Google. Social Media is definitely an important piece of a diversified marketing plan and it seems to be a cost effective channel but we are still trying to determine how effective it really is for us. We have seen our greatest success from other channels, such as Affiliate Marketing and Corporate Sales.

How did you work to build up your social media fan base?
We started off by just providing interesting, non sales, content to our fans and followers on Twitter and Facebook. We still try to incorporate that philosophy through social media because we are trying to build a relationship with our fans and you can’t do that by selling to them all the time. We currently have 2,176 Twitter followers and 3,854 Likes on Facebook. The majority were attracted through the gift basket giveaway sweepstakes we were running regularly. Although, we ultimately strive to maintain our fan base and promote interaction with the content we are sharing.

How has social media impacted your business?
We seriously started promoting our company through social media in February of this year. We can’t really make an honest determination until we get past the holidays.

How do you respond to customer feedback?
99% of the feedback we receive from social media is positive and we always try to respond and thank them for being a customer. If we receive negative feedback it will be handled promptly and we will do everything within our power to satisfy that customer.

Do you have any one particular tip for niche businesses looking to use social media?
You can’t be successful in social media without being consistent. Don’t start unless you have the resources to be in it for the long haul.

Tell us about your decision to go for the World’s Biggest Cupcake Record, and how that all occurred.
The news of the World Record, at the time, came across my desk in the wacky news section and it was 151 pounds. And my thought with world records is they’re supposed to be awe-inspiring. They’re supposed to be something that when you look at them sort of defy logic and reason. And I thought a 151 pound cupcake was really not spectacular. So we set out to bake a 1,000 pound cupcake and then we went to 4,000 pounds and then it was 7,000 pounds. That cupcake actually died in the oven. So we sort of regrouped after the first cupcake imploded per se and then cranked out a 1,224 pound cupcake that was in excess of ten times the previous record.

What made you decide for a second World Record for the Biggest Cup of Coffee?
We’re actually going to break two records in two days, the World’s Largest Cup of Coffee and the World’s Largest Iced Cup of Coffee. We wanted to stick with an item that has ubiquitous comprehension among the entire world. The world’s largest cupcake is easy. It’s tangible. It’s something that everybody understands. Coffee is the world’s most popular beverage by a mile. So by shattering the existing record of 900 gallons, we figured where do we go? 1,200 gallons? 1,500 gallons? We decided on 2,010 gallons. Not that this is a boring element, but when we got our Google penalty a large chunk of breaking this world record was planting a flag; letting Google know, “Hey look. We’re a prominent brand.” Eric Schmidt clearly states multiple times, “Prominent brands deserve prominent placement in our search engines.” And after we got our Google penalty we said, “What can we do to re-establish our prominence in the marketplace with Google.” We’re one of the largest gift basket companies in the country growing much faster than our competitors are. How do we prove that we’re worthy of this top place ranking? And that was sort of the original foundation of the cupcake was really for us to plant our flag and say, “Look. We’re here. We’re not going anywhere. And no, we will not allow you to continually penalize us.” Because some people have never survived Google penalties. They just sort of go the way of the wind of the dust. And for us that was really the first major step to making sure that we weren’t going to be denied.

Any secrets you can share about preparing for the attempt?
Surprisingly, you can actually plan a Guinness World Record in less than a month. That is how long it took us from start to finish with the World’s Largest Cupcake. I wouldn’t recommend it and we certainly didn’t follow that philosophy this time around.

What do these philanthropic efforts mean to you and the company?
We are a family business and we even view our employees as extensions of our family. When you have a family this large you can’t avoid confronting a struggle with cancer and anything we can do to support a cancer fighting cause, such as Susan G. Komen, is very near and dear to our hearts.

Anything else you’d like to share?
The record for the World’s Largest Coffee Cup will officially be announced by a Guinness Book of World Record’s representative at 12 p.m. on October 15 at Booth #335. Lisa Barone, Chief Branding Officer of Outspoken Media and Social Media celeb, will be pouring the last cup of coffee into the cup when the record is declared. We would also like to thank Rick Calvert and the rest of the BlogWorld team for providing us with the utmost support in this endeavor. We couldn’t have done this without them.