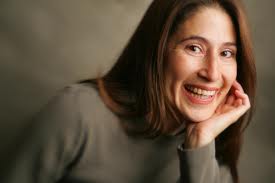 In her post “BlogWorld Keynotes Announced: It’s Looking Good? It’s Looking Male!” web pioneer Aliza Sherman wondered why there were only three keynoters who are women and, in general, why there is always such a big discrepancy in the male to female speaker ratio at BlogWorld.

At first I was defensive. After all, I played a part in choosing speakers for this year’s event, and I even worked very hard at finding qualified women. After thinking about it a while, I agree Aliza has a point. There AREN’T as many women who are speakers. Now, that’s not our fault at all. At BlogWorld we actively recruit women who we feel will be strong presenters. However, they don’t always step up. Also? There are more men in social media, so it stands to reason there will be more male speakers.

As I was discussing this on Skype with a friend she asked, “ Why don’t I see YOUR name as speaker at more conferences. You;’ve been doing this a long time.”

Though I’m just coming off a keynote panel at the Type A Mom Conference and I have spoken at BlogWorld, SXSW and other events, the truth is, I don’t throw my hat into the ring much. After Aliza’s post yesterday, I thought about why:

My reasons for not speaking don’t have anything to do with BlogWorld or gender bias, it has to do with my own self-confidence, and I wonder if other women have the same issues.

The Frustration of Finding Strong (Women) Speakers for BlogWorld

When it was announced that I was appointed Conference Director, my fellow women in social media were thrilled.  Many told me they hoped to see more women speaking at BlogWorld and I assured them it was my goal. I attended conferences such as BlogHer and Type A Mom in hopes of recruiting more speakers.  I also reached out to many of my favorite women to invite them to submit a proposal.

Then I learned it wasn’t so easy to find women to speak.

Though I get frustrated with “women lists,” lists of “top women in (insert name of niche here),” I don’t really believe there’s a gender bias here. I think it’s a shortage of confidence and commitment.  For example, I’m shy. However, I might be inclined to take a deep, brave breath and submit proposals to speak at one of the many conferences held each year but I worry about who will get my son off the school bus if no friends or family are available.  Women have to worry about this. Not all of us have childcare when we go away.

Now I do think there are some perceptions we can’t shake, despite our best effort. For example, yesterday someone recommended me for an interview on a popular network because I was a “mommy blogger.” Except that I’m not a mommy blogger. Somehow, having a child automatically turns me into one though. I don’t get that. I also think, despite there being many strong, qualified, mommy bloggers, they’re not held in the same respect as social media or business bloggers.

So here is my challenge to the hundreds of qualified women in social media and blogging. I want to see you speak at BlogWorld. I would love for you to keynote at BlogWorld. However, you need to give us a good reason to put you on the roster.

You have plenty of time to work on it, so no excuses!

As we said yesterday (in response to Aliza’s post), our goal is to find good content, not fill a quota. However, wouldn’t it be terrific if much of our best content was presented by women?

Are you up for the challenge?