Some companies are doing a great job at getting involved with social networking. On Facebook, I connect with Einstein Bagels, for example, and they post coupons, poll fans, and respond to both positive and negative comments quickly. Other companies are ignoring social networking, which is definitely going to bite them in the tush in the end, in my opinion. Twitter, Facebook, and other social media sites aren’t going away.

The worst offenders aren’t the companies that don’t use social networking at all, though – they’re the companies that don’t use social networking correctly. In the end, they’re damaging their businesses and driving potential fans (and people who will buy their products) directly into the hands of their competitors. The latest offender is Price Chopper, a grocery store in the northeastern part of the United States. They actually serve the area where I live, and because of this story, I’m thinking twice about whether or not I want to continue shopping there. 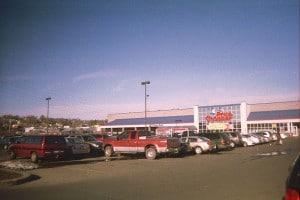 The story, according to a Tumblr page set up specifically to deal with the event, is that an unidentified (but public at the time) shopper tweeted:

Every time I go to @PriceChopperNY I realize why they r not @wegmans . Tonight -bare produce area & this sign 4 ex http:// (link was removed in the story)

Undoubtedly, this is not what Price Chopper wants to hear. It’s especially annoying to be compared to a competitor and told that you’re not good enough. The way the public relations department responded, though? Unthinkable, maybe even borderline illegal. Definitely ethically wrong.

What they did was email the customer directly and then, before she even had the time to respond, use the information in her profile to find her employer. They emailed a list of executives from that company and, according to the Tumblr blog, called her “destructive and negative” and hinted that the relationship between Price Chopper and this second company could be at risk if actions weren’t taking against this employee.

First a foremost, it is important to understand that no employee represents the company where they work unless they are tweeting/blogging/etc under the official corporate name or working at the time. She was an individual grocery shopping. I think it’s pretty easy to see the difference. Anyone who understands social networking at all knows the difference between a personal blog and a blog that represents a company.

Secondly, and more importantly, as American citizens, freedom of speech protects our liberty to express our opinions, even negative opinions. To call someone destructive just because they had a critical comment or made public their bad experience with a company is ludicrous. I haven’t read the email, but it sounds like what they sent to her employers is borderline blackmail. It’s absurd.

If you aren’t able to take criticism from your customers, you’ll never grow as a company. Her comments were even fairly mild. It wasn’t like she was ranting or cursing or something. She was just making it known that she had a bad experience. She should not have to worry about her job because of that. I hope her employers are intelligent enough to realize that.

I do believe that employers have the right to ask you not to tweet negatively about their companies or partners. But if that’s the case, you need to make a social networking policy for your employees from the start, not punish them after the fact. Even so, there’s a difference between bad-mouthing a company and saying something critical.

The bottom line is that this was an opportunity for Price Chopper to make a really good impression via social networking. They could have responded with an apology or even offered her some free products or a discount for her troubles. The Dominoes campaign to make their business better is being extremely well received, and they’re not only responding to problems, but asking customers to come at them with problems so they can be fixed. Consumers realize that no company is perfect. It’s all about your effort to be better.