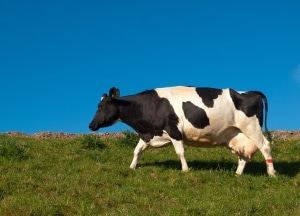 “I don’t eat anything with a face.”

I still remember the first time I heard someone say that. See, growing up, my parents owned a butcher shop, and all the men in my family (plus some of the women) enjoyed hunting. Before I get a bunch of enraged emails from PETA members, let me stress that the shop was a small-time operation where ethical treatment of the animals was a concern, and we actually ate and, in many cases, used the hides from the animals that we hunted. Growing up in that environment, I wasn’t even aware, as a child, that some people might find eating meat unethical or stomach-turning.

Today, it definitely makes sense to me why some people choose to “not eat anything with a face,” and I’m actually pretty conscious about the foods I eat myself. But you’re not here to read about my thoughts on vegetarianism, are you? You’re hear for blog tips. So, I’ll ask you this:

Does your blog have a face?

I promise this conversation will come back to food, but first let me explain what I mean by “face.”

Ok, that last one was shameless plug for my own blog, but you get the point. Even if you don’t read these blogs currently, you can quickly go to these pages and get a handle on who represents that business. I say “business” because that’s what a blog is if you want to make money from it – and if you don’t, well, these tips don’t really apply to you, so it doesn’t matter!

One of the biggest mistakes I see people make is not having a “face” to represent their blog. If you want some privacy, for whatever reason, that’s fine – use a cartoon or caricature. The Robot’s Pajamas is an example of a site that does this well.

What you shouldn’t do is just use a logo or some kind of other design to represent your site. Sure, there are some people who do it, even some successful people (Men with Pens comes to mind), but by far, this puts you at a disadvantage when connecting to readers. Think about it. On a social network, how do you feel about someone who uses a picture of their face versus someone who uses a logo? What about gravatars – how does your feeling about a comment attached to an avatar that actually shows the person versus an avatar that’s just a design (or no avatar at all).

It’s easier to visualize someone as human when you have a real face, or at least a funny cartoon character face, to attach to the name. You remember them more easily and are more likely to reply to them. When it comes to monetizing, having a “face” also makes your readers more likely to buy something from you. After all, it’s easier to trust a face than it is to trust a logo. It doesn’t matter if you’re a super model or not.

So, if you haven’t already, go update your profiles, gravatars, and about me pages to include a picture of your face. You’re the representative for your business, so the more real and approachable you are, the better.

After all, the competition is less likely to eat anything with a face.