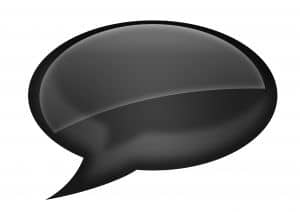 This week’s theme? How Musicians Can Use Social Media

The theme of the week isn’t really my forte, but that doesn’t mean the conversation isn’t interesting or that there’s nothing to learn. One tweet that struck me during the chat:

@MelaKamin I use twitter 2get exposure, but also start a dialogue, find a niche/fan base & be a fan of others also – it’s not just about me

Whether you’re a musician or in another field, those last five words are some of the most important ever tweeted, if you ask me. It’s not just about me.

Twitter, like other social networking sites, can help you build your brand and promote your work, but if that’s all you use it for, you’re doing it wrong. In fact, I bet that if you’re just using Twitter to promote yourself, you don’t see much action through this network.

At the same time, don’t RT tweets or links, reply, or even follow just because you want people to promote you. Do so because you actually enjoy what they have to say. If you’re selfless on Twitter, good stuff happens. Trust me – I started off with a much more selfish approach to Twitter, and I saw absolutely no results. Now, I use Twitter as a way to connect with people, not just promote myself…and it’s exploded!

I know that I personally need the reminder every so often to use Twitter to connect, not just promote. So, I’m glad that I went to #blogchat tonight – I need to RT and link more often when I read something I enjoy. I’ve been doing too much self-promotion lately! What about you? When’s the last time you used Twitter to promote someone else or connect for totally selfless reasons?

You can’t engage everyone. There just aren’t enough hours in the day. But whether you’re a musician or a blogger (or both!), Twitter shouldn’t be all about you. Thanks to @MelaKamin for giving us that reminder!