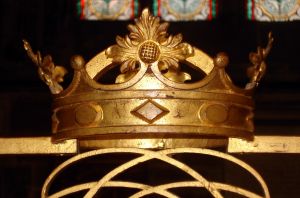 Whether you’re a business with a blog or a blog that’s a business, if you don’t have a Facebook presence, you’re missing out on a major way to connect with readers. Right now, Facebook is king when it comes to social networking sites. Heck, even my mom knows what Facebook is, and she’s not what I’d call web-savvy. And by “not web-savvy,” I mean that she still has dial-up Internet and really only pays for that because she likes to send chain emails to my sister and I and print coupons. I say this in love, because my mom is awesome at just about anything non-tech-related. The point is, even people who don’t use their computers often know what Facebook is.

But don’t buy stock just yet.

I was reading an interesting article on Mashable about a Facebook alternative called Diaspora, which will be officially launching in just a few weeks. My initial thought was to roll my eyes. Yeah right, like people are going to leave Facebook and suddenly swarm behind a new social networking site. If nothing, this will just create more work for me, since I’ll have yet another profile that I’ll have to maintain to ensure I’m reaching potential readers who choose Diaspora over Facebook.

The story simmered in my mind all day, though, and you know what? Facebook is great, but it’s not the nature of the Internet for things to last forever. This is a living, breathing, growing, changing world, and even though I know Facebook has rabid fans and they definitely wear the crown right now, they aren’t indestructible…or at least, they are uncrownable.*

In short, Facebook may not be king forever – and here’s why:

I love Facebook. I’m on that site every day, both promoting my blog and connecting with friends. Will the site be around forever? I doubt it, no matter how popular it is right now. Will it be difficult to replace as number one? Absolutely! It will be interesting to see where things stand ten years from now.

*Yes, I made up the word uncrownable because it was late when I wrote this post and I couldn’t think of a proper word that was comparable. It has a nice ring though, uncrowable.