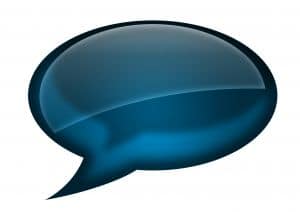 Something that is always on my mind when I blog is whether or not I’m being too antagonizing. So, this tweet caught my mind:

propickup I think too many people hide from controversy when blogging

I think propickup is right – and why is this the case? Are we worried about offending people or losing readers? Is it too much effort to defend a controversial post when the comments start rolling in? Are you worried that advertisers will desert?

Maybe a little all of the above. Bloggers shy away from controversy at times because we just don’t want to stir the pot.

But isn’t that part of the reason why we’re blogging in the first place? Earlier tonight, I talked about another #blogchat tweet talking about how a blog is your own creating, and you get to make the rules. So, it follows that you should be able to voice your opinion.

While that’s certainly true, we also blog because we want people to read what we write, either as entertainment or to help them learn something. If you don’t want people to read what you write, why put your work online? It’s just as easy to type your thoughts into word processing programs. So, with that in mind, I think it’s important to always think about how you approach controversy. Some tips (this is a bit of a brain-dump right now, so add to them with comments!0:

We don’t have to be afraid of controversy. Often, controversial topics are the best, and even people who don’t agree with you will come back again to read more of your work. Be thought-provoking and don’t be too afraid of making people mad.