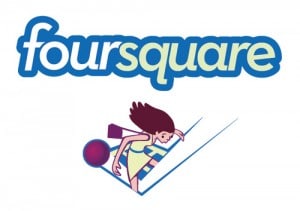 Earlier this month, ClickZ published “The Best and Worst Campaign Deals on Foursquare’s Turf,” featuring some of the perks of using the service to announce where you’re shopping/eating/etc. It became one of the top-clicked SmartBrief on Social Media stories last week.

I’ve been a resistant Foursquare user. At first, I thought the idea was not only lame, but dangerous. I agree with Nikki’s post last week, in which she noted that she doesn’t exactly want the world to know where she and her kids are at all time.

But now, more and more companies are jumping on board with check-in campaigns, like the ones featured in the ClickZ article, and I’m not only warming up to the idea of using a location-based service, but I’m actually falling in love with the way it’s helping businesses.

Some of the best campaigns, as noted in the article, include those being run by Paul Frank, Ann Taylor, and Gap. At all of these locations, you’ll receive a percentage off your total purchase if you check in a certain number of times. You could receive even more if you become mayor at the location in some cases. Other stores are running similar promotions, and restaurants are giving free food.

Let’s say I’m on vacation and do some shopping. If I see something I want at Gap, I’d be more likely to wait until I get home to make the purchase, since I’ve already checked in there a number of times and qualify for their discount. Or, if I’m doing some shopping online, I’m more willing to get my lazy tush to the store to make the purchase, just so I could check in get the discount.

Face value, that doesn’t mean much for the company. Ok, so you’re going to buy a dress at one Gap location instead of the other. Big deal, the money still goes to Gap. That may be true, but the point is that you’re checking in and announcing to others that you’re shopping at a Gap store. You just did a mini advertisement for the company.

Does that make me want to shop at the store more than I already do? Actually, I’m surprised to say it, but yes. And I’m not an impulse shopper, usually!

I’m more likely to stop by a store just so I can check in, even if I don’t have plans to make a purchase, so that I can be the mayor and qualify for discounts or free stuff. While there, I might just be browsing, but we all know that window shopping often leads to purchases. By offering me an incentive to check in, they’re getting me in the door, and that’s half the battle.

I actually find myself doing this even for places that don’t offer incentives. I want to be the mayor at my local Red Robin, so when we’re trying to decide where to eat, I’m more likely to suggest Red Robin to my friends. Why? I have no idea! It’s just tapping into some primal human urge.

If I knew that a restaurant I like in my area was doing some kind of Foursquare promotion, though? Game over. That’s where I’d be more likely eat. It’s a point of pride to be the mayor somewhere, but if you get a discount or free stuff on top of that? Yeah, like I said, game over.

The reason I love Foursquare campaigns the most, though, is that it seems to be helping out local businesses. For the vast majority of people, most of your check-ins are going to be local to where you live. I’ve mentioned before that Foursquare is making me more likely to wait until I’m back from vacation or get off the Internet to make a purchase. It’s still money into the corporation’s pocket, right?

Yes, but a company isn’t going to keep a location in your area open if it’s not making any money. You’re still supporting a local business that is employing local people. In some cases, there’s even a local owner, not just a location manager. And when one local business is thriving, others in the area will as well. If I go to Gap to check in, there’s a good chance that I’ll grab dinner while I’m out and stop by some other stores as well. Foursquare is definitely helping out the local economy.

I guess, the point of this post is to encourage you to sign up for Foursquare if you aren’t already. If you’re resistant to the idea, don’t worry; you are not alone. But give it a chance before you dismiss the service. There are not only perks in it for you, but you’re also helping your neighbor businesses thrive.

Allison Boyer is a writer for BWE’s blog and the owner/manager of After Graduation. This post is part of BlogWorld’s weekly partnership with SmartBrief on Social Media to bring you the most popular stories in social media. 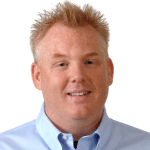