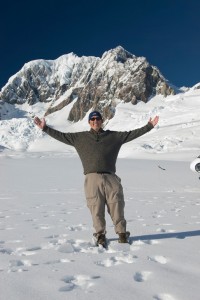 In March 2007, Gary sold his home and set out on an adventure to see everything, everywhere. Since then, Gary has blogged from over 70 countries and territories and met hundreds of his readers and fellow travelers in cities around the world. He still is permanently traveling, sharing his experiences with his audience.

Prior to starting his global adventure, Gary was a serial Internet entrepreneur. In 1994 he founded Creative Internet Solutions, one of the first Internet consulting firms to focus on data driven, web application development. In 1998 he founded of one of the largest network of gaming websites, Stomped. Larger firms successfully acquired both companies.

He has been mentioned in such publications as Time, CNN.com, El Mundo, FoxNews.com, MSNBC.com, and other major news outlets around the world. Independent blog analysis company, Konector, named Gary as one of the three most influential bloggers in the travel industry. He is also the host of the popular This Week In Travel podcast and has a travel photography column for the WashingtonTimes.com.

Everything Everywhere was named by Time Magazine as one of the 25 Best Blogs of 2010, the first and only travel blog to ever receive that distinction.

Gary’s perspective is different from most travel writers, and his unique, honest point of view has been key to his success.