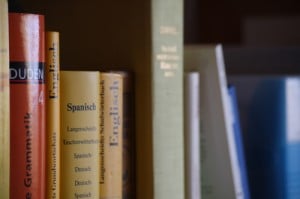 Last week, Mashable posted an interesting poll, asking readers if they liked print books better than ebooks. Over 2,000 readers voted in the poll. The clear winner? Print books. Over 75 percent of voters prefer print books or like print books and ebooks equally. So, a clear win for print media, right?

What I found most interesting was the comments section. Although some people left comments in support of print books, the overwhelming response was from people who had voted for ebooks, or at least had called it a tie between print books and ebooks. They listed tons of advantages and even predicted that the ebook would eventually take over. It’s hard to argue with them. Although I love my print books, it wasn’t so long ago that people didn’t even know what ebooks were. Now, over 23 percent are voting in favor of them over print books. When looking at print media in general, it’s clear to see that blogs, websites, and other resources are winning out over magazines and newspapers, which are closing their doors at alarming rates.

Is this the beginning of the end for print media? And more importantly, what does that mean for you as a blogger?

To me, the rise of the ebook isn’t necessarily an end for print media. It’s more like an evolution in how we think about information communications. Perhaps evolution isn’t even the right word. What we’re doing is growing. Just because one form of media is rising doesn’t mean that another form is on its way out. At least not completely.

I will point to what is happening in the newspaper/magazine world again, however. If we’re just expanding the ways we can communicate, not pushing out print media, why are so many print media sources closing their doors?

This is the part where bloggers need to sit up and take note of what I’m about to say. No matter what your niche, if you aren’t willing to grow along with the industry as a whole, you aren’t going to succeed.

I personally feel that so many newspapers and magazines are going bankrupt because they aren’t willing to expand their ideas about what a newspaper or magazine can be. Consumers want more. The business model for a newspaper, for example, hasn’t changed much since the printing press was invented. That’s a problem.

Some print media sources, however, are changing to keep up with consumer need. They’re working hand-in-hand with electronic publishers to develop an online news presence. They’re creating print forms of their publications that are more evergreen in nature, or at least provide editorial commentary on traditional news stories. Have you noticed that straight news is printed much less often? People can go online to read breaking news stories in a much more efficient manner. So, print sources report the most major news and then fill pages with things like reviews, columns, etc. It just makes sense. Newspapers that aren’t willing to do that are failing.

I could write more about this topic, and maybe someday I will, but for now, what I think you need to take away from this as a blogger is the need to be flexible. Think about what blogging was like just five or ten years ago. I remember when social networking first started to gain footing. I was reluctant to promote my blogs that way, downright stubborn even. I thought it was a waste of time. Now, I have active presences on all of the major social networking sites and I wonder how bloggers ever promoted their work without them.

Some print media is dying. Some blogs are dying too, though. If you aren’t willing to change with readers, you aren’t going to survive, whether you publish your writing online or in a tangible print form.

If your blog is part of a business model (i.e., not just a hobby), you’ll need to eventually offer products to your readers, if you aren’t already. Many bloggers, myself included, have ebooks available to readers. The appeal of ebooks, or any kind of online document, is that you don’t have to put out the money to print it or store the product as it is sold. You’re selling pure information without a physical form, and not only is that cheap to create, but it is also less time-consuming.

But don’t forget that you have a lot of readers who prefer the feel of a print book to downloading an ebook. Don’t ignore these readers. Eventually, it makes sense to offer a print book.

You don’t have to take my word for it. All of the major names in the blogging world have offered or are offering print books for sale. Scott Stratten is releasing an UnMarkting book in September. Darren Rowse and Chris Garrett have the ProBlogger book. John Chow and Michael Kwan have Make Money Online: Roadmap of a Dot Com Mogul. Even if you don’t write for the blogger/Internet marketing niche, I bet you’ll find that the leaders in your niche are offering or working on print book projects. Why? Because there is a demand for these resources.

Before you start publishing books, however, it is important to analyze your niche. The saying, “different strokes for different folks” is relevant here, as some niches will embrace print media while others want information products purely in electronic formats.

A good example is the Mashable audience itself, which I mentioned at the beginning of this post. While lots of people in the Mashable community interacted by voting in the poll, the core audience is speaking out in the comments, and the results are slightly different than the poll results. Mashable is a site for social media tips and news, so it makes sense that their readers are interested in electronic media. On a site devoted to another niche, let’s say cooking, ebooks make less sense. It’s much easier to follow a recipe if you have it by your side in print form.

Print media will continue to survive in some fashion indefinitely. At least, that’s my prediction. The take-away messages from my post? Change with your industry, offer choices, and know your readers. In the end, my message is pretty basic, but sometimes we need a reminder.

Allison Boyer is a writer for BWE’s blog and the owner/manager of After Graduation. She does not yet own an ebook reader. Maybe someday. 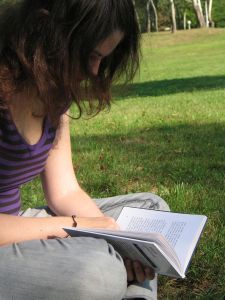