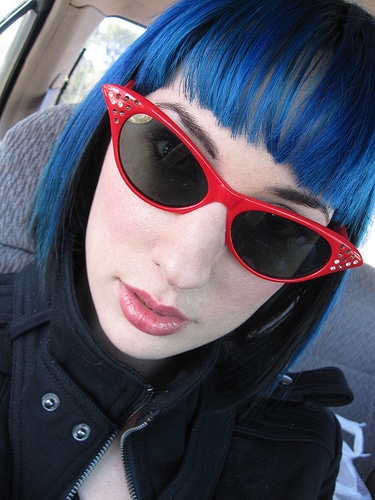 As a struggling musician one of the cheapest and easiest ways to promote yourself is using social media. Many artists and bands have yet to fully grasp the full spectrum of platforms they can be using to really rock the internet and increase their fan base and buzz about themselves. I worked for bands and records labels doing internet and event promotion for almost ten years and way back in the day of the only way to promote online was through message boards and chat rooms… in real life, the flyer and poster was your best friend and getting people to show up to your show took convincing in this new world of promotion and connecting with social media it’s free, easy and doesn’t take a public relations degree to figure out.

Here’s how to promote your band using social media.

1. Keep your Myspace– Even though Myspace is becoming a bit of a social media mess, it’s a valuable base point for bands. Many already have a strong fan base on Myspace and it’s a good place to put your music to be easily accessable for the public. How to use Myspace with the new social media platforms, point your fans on Twitter or Facebook to Myspace to listen to your music. Get your old fans on Myspace to twitter and facebook. How?

2. Offer exclusive content– Start a blog from your shows and tours. Put content on your social networks that only people visiting these sites can get, such as a exclusive mix on the Myspace or a secret show location on your Facebook or Twitter. Cross promote! Have a reason for people to visiting these sites, you can also start a UStream chat with fans before a concert that the link you can only find on the Twitter or Facebook page or play a concert in studio via UStream just for your fans and take requests over twitter using a hashtag just for that event.

3. Stay professional– Have a nicely designed website for your band, think of this as your PR agent. It’s the face of the branding of your band or image online, it’s also the information hub for your fans, press and media sources that are searching for your band. Keep it updated with tour dates and press releases, bios and press photos. Make sure you have the contact info for how to book you for a gig…this is important. Don’t forget your social media integration, have buttons on the front for your Facebook, Myspace, and Twitter pages. Again, if you don’t know of a website designer or photographer and are broke… use twitter and network. You may be able to find the help for cheap or free.

4. Connect with your fans– If you need to hire someone to set up your social networking sites or to run them and announce show dates or just information. That’s fine. But as long as you have a ratio of half information and half interaction. You as an artist need to connect personally online with your fans, have discussions with them, ask them how THEY are doing. Don’t make it all “me, me, me… I am the rockstar look at me.” You fans will be the ones showing up at concerts and buying your merch. They are your biggest online evangelists… treat them good and they will spread the word. Get your fans input on new t-shirt designs, songs and even give them something back every once in awhile. Treat your fans like they are all VIP. I recently was talking with an industrial/ebm artist Faderhead on Twitter, I mentioned how I would love to hear him cover Justin Timberlake’s Sexyback… the next day, he tweeted me the link to the finished song and put my name in it. Not only that but he offered an exclusive download on ReverbNation (another social media friendly site for artists) and announced it to his email subscribers. I could do a whole article on the marketing creativeness of this artist, but that’s another article. After he released this song, I contacted a few radio show friends of mine and got the track played all over the country on different shows. The point is, go above and beyond for your fans or listeners and they will do it for you.

5. Create community– Make fun ways for fans to interact, announcing secret location CD Release “tweetups” (twitter meetups) for fans. Run special contests on your Facebook (first 25 people to comment with song requests gets on the guest list). Chandra Lee from Hangar 1 Media had a great idea of taking photos of the audience and having fans tag themselves in the audience on Facebook. Have a special name for your fans, as Lady Gaga has her “Little Monsters”, start a street team of devoted fans to help spread the word, give the top promoters special bracelets or necklaces that get them into shows or after parties. Again, your fans make you… do something for the ones that support you the most.

6. Don’t forget Foursquare– Use Foursquare to your benefit. Set up announcements with businesses around the venues you are playing at so when anyone checks into a nearby venue it announces your upcoming show. Maybe offer the mayor of the venue a guest list spot. As I mentioned yesterday, a goal would be trying to get a swarm badge (50 checkins) or super swarm badge (250 checkins) of fans to show up to a concert. Announce this on your social networks for weeks before a gig that you may be worried about the numbers of people showing up. It gives people incentive to show up! Also if someone checks in to your show, offer them a merch discount if they bring the checkin up to the table. Certainly worth a try!

7. Going beyond promotion– Okay, face it. Most artists and musicians are broke and when it comes time to tour… it’s time to beg your friends and hope that people show up to your show and buy merch. Get on twitter and network in the towns that you may be visiting, find the bands that are big in that town in your genre on Twitter and start networking with their fans. You may find a couch to crash on, get transportation from the airport, maybe even find hotels in the area that will offer a discount. Start chatting up people and using those towns resources to see how much you can get for free or cheap. Offer them show passes or guest list spots, or maybe even a special afterparty tweetup for those that have been tweeting with your band in that town. The possibilities and resources on Twitter are endless for bands and musicians.

Again, no matter how popular or successful you get. Never forget who put you there, the fans.

Amber Osborne a.k.a Miss Destructo, runs Miss Destructo and can be found on Twitter @missdestructo. She has been featured on Mashable.com, ABCnews, CNN Headline News and USA Today Online.