Every day, bloggers are losing money – and they don’t care. Why? Because we’re conditioned to brush off small sums, never realizing how they add up.

My first semester of college, I had an 8 a.m. class three times per week. Those of you who know me are giggling right now, possibly even to the point where you’ve snorted milk out of your noses. I’m not a morning person, and by “not a morning person,” I mean that I would rather stick my arm in a wood chipper a la Fargo than have to conform to a sleeping schedule that requires me to be awake at that hour. I’m a night owl, and always will be.

Needless to say, there were a lot of mornings where I rolled out of bed, brushed my teeth, and shuffled to class in my slippers. God bless the ability to wear your pajamas to class in college without looking out of place. Those who know me are giggling again, because you know how much it bothered me to look slumpy in public, and the mental image of me walking through campus in sweatpants and a hoodie is terrifying. In a contest of sleep versus fashion, though…well, sleep always wins for me.

I’m getting off-topic. Blame the lack of coffee in my system right now. Actually, that’s the point of my story: Coffee. On my way to class, I passed this little college-run coffee shop, and I would always stop to purchase a cup to help me stay alert during lectures. At my college, we got a swipe card with $100 that could be spent at non-cafeteria campus eating establishments as part of our overall meal plan, so I didn’t even have to carry cash. Swipe and go. I would usually grab a cup on my way back to class too, so I wouldn’t be tempted to go back to bed for a nap.

At least, until about half way through the semester. The particular coffee I got every morning was $2 a cup, and my $100 ran out well before finals week. $12 times a week seems like a small sum now, but as a broke college student, that’s money that can easily go to better places.

And then, I saw the light. The coffee lady convinced my to buy one of the college’s thermoses they sold for $10. It was about twice the size of my normal cup of coffee, but could be refilled for the same price – $2. That cut my costs in half, since I no longer needed to stop on my way home from class. Sure, there was an upfront investment, but I went from spending $180 a semester on coffee to spending $90 a semester. One $10 large cup of coffee saved me nine times as much over just three months.

That blew my mind when I realized how much I was saving. $2 doesn’t seem like much, but it adds up. And that’s the lesson that I want you to keep in mind when monetizing your blog. See, there really is always a point to my rambling stories!

I’m not good at math, not by a long shot – but right now, let’s do a little addition, and I’ll use on of my old blogs as an example.

What does it cost monthly to host your blog? When I first got into blogging, I spent $15 per month to host one of my sites. For the services I needed, I could have switched to the $14. Oh, big deal, right? One dollar per month. Even over a year’s time, that’s only $12.

How many people are on your list? With that blog, I found that I was averaging about $50 per sale, and that I was making about one sale for every 100 people on my list. That works out to give me a value of 50 cents per person on my list. With more promotion, I could have probably added several more people to my list. But 50 cents? That’s not much.

What are you paying in financial fees to keep you blogging business going? At the time, I was paying for hosting and other site-related expenses with a credit card that I paid off every month. There was a small annual fee for the card, and occasionally I did have to pay interest fees, but overall, I was spending maybe $30 a year on it. So, not much.

What does the CPM/CPC rate look like on the advertising program you use? I was using something convenient, but when I did my homework, I found that there was another program available in the same niche, and they were paying $0.20 more per 1000 clicks. Twenty cents. No big deal.

That’s just the beginning. As I really began to audit my blog, I realized that I was throwing away nickles and dimes everywhere. Most bloggers are. Why are you spending $100 a year on digital photography when you could take pictures yourself? Does it really make sense to pay for a WordPress theme if you are fairly good at css and could tweak a free one to meet your needs? Would a cheaper laptop get the job done just as well as the more expensive model? It initially may not seem like it is worth the time it takes to optimize something, but when you add up the cost savings for that initial large cup of coffee investment, your mind may be blown, just like mine was.

It’s the same concept of asking someone to give a donation to a children’s poverty fund or animal rights fund. $3 per day to feed a hungry child or save an abused puppy…well that sounds doable, right? If they mentioned that it works out to over $1,000 per year, fewer people would open their checkbooks.

You need to give your blog and blogging practices a good hard look. How can you save a buck here or there? How can you earn just a few pennies more every day? Of course, the cheapest option isn’t always the best, and the way to make the most money isn’t always a good idea, but the point is that we need to move away from seeing the small sums and instead work on looking at a more comprehensive financial picture of what we could be spending and making every year.

Allison Boyer is a writer for BWE’s blog and the owner/manager of After Graduation. One day, she will seriously consider homeschooling her children just because she doesn’t want to wake up to put them on a school bus. Yes, her hatred for mornings is that bad. 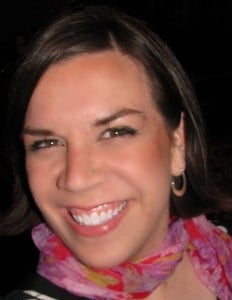