When launching a new product, hype can account for a major percentage of your sales. Before the product is even in the hands of your readers, you want people to be buzzing about it as much as possible. Every time someone tweets or blogs about your upcoming launch, they are reaching readers who will potentially be putting dollars in your pocket.

And driving sales is a good thing – a very good thing…if you can create the hype ethically.

I’m part of a video game blog, and right now, one of the biggest shows in this 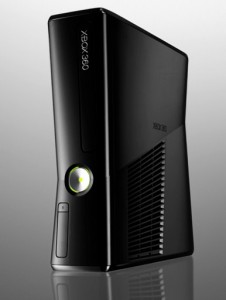 industry is happening in L.A. – E3. It’s a press-only event with press conference from the three major players in the gaming industry, Microsoft, Sony, and Nintendo. I just got done watching the Microsoft press conference, and it’s interesting how Twitter and other social networks are buzzing about the event.

Microsoft might not be a blog, but they are launching a product, too – a new Xbox 360, their flagship video game console. The new 360 is pretty cool, and they’re shipping it today…plus they gave one away to all the journalists who attended their event live.

The question many people are asking is this: Are these member of the press being bought with a free product? The console costs $299 in stores and isn’t even available until later this week, so it is a pretty major gift they’re giving away, conveniently to the people who will be writing their opinions about Microsoft over the next few days.

It’s a bit of a gray area, but I think as bloggers, there’s a lesson to be had here: If you do anything even a little unethical, people are going to call you on it, and the potential for that negativity to have a snowball effect is on your launch is very real.

This idea of being ethical can expand to blogging in general, not just product launches. Your readers can and will sniff out anything slimy that you’re doing. That doesn’t mean that you shouldn’t make money from your blog. Blogging is a business, and you should absolutely use sales techniques to earn a living. Just be careful about how you’re doing it.

In short…be honest and create products that deliver. This really isn’t rocket science, people. Which is a shame, because “rocket scientist” would look great on my resume.

To circle back to my original inspiration for this blog post – Microsoft giving away a ton of free Xbox 360s to game journalists. I do think that it created a lot of extra hype. People all over the world are tweeting and blogging about the giveaway, and that’s creating tons of buzz for the new product.

But do I think it is unethical? Not really. I don’t think they expect people to be more positive toward their press conference just because they got a big gift. People are still going to be opinionated, and there’s a lot of negative things to say about Microsoft. The giveaway was a publicity stunt, not a bribe, in my opinion, and that’s the kind of hype you want around your blog too.

Allison Boyer is a writer for BlogWorld Expo’s blog and the owner/manager of After Graduation. She thinks “blogger” looks awesome on her resume, too, so she’s not too sad about the rocket scientist thing. 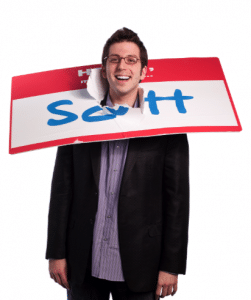 How to Make Your Blog More Honest