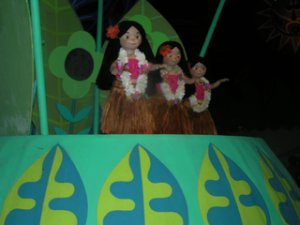 The problem? If the niche is so popular offline, you likely aren’t the first person to write about it online. Popular topics like celebrity news, video games, making money online, and parenting are covered by hundreds of bloggers, and each site has worked hard to build up a following. As someone new in a niche that’s already more crowded than this train in India, how can you attract readers?

It isn’t Us vs. Them

Number one, this isn’t a gosh darn cage fight. The fact that there are other bloggers in your niche is a good thing, because you can share readers. No two bloggers will ever say the same thing or have the same blog content, even if you’re running extremely similar websites. So put away your nunchucks. You don’t have to take out other bloggers in order to be successful.When MMO* bloggers talk about “ninja” tactics, this is not what they mean.

Show your appreciation for their work. Become a member of their community by leaving productive comments and link back to relevant posts on their blog when you’re writing about similar topics on your own site. If you’re a podcaster, call in to others’ shows or mention them on your own podcast. Attend conferences to meet others in your niche. Guest post. You get the idea.

Yesterday, I wrote about building your blogging brand. This is especially important if you’re coming into a niche that is extremely saturated. You want to be memorable, so that when people come to your site, they get a good sense of who you are. Be consistent, letting your personality shine through as much as possible. Remember, people aren’t loyal to blogs and podcasts because they like the information. People are loyal to blogs/podcasts because they like the information from you.

Put a Spin on Your Topic

Most successful content creators out there have one of two things going for them: they’re the “first” in their niche or they put a really different kind of spin on the same old topic. If you’re coming into a niche that’s already filled with bloggers and podcasters, you can’t be a first…but you can be original.

A great example of this? Men with Pens. It seems like every writer in the world has his/her own blog about writing, so the Men with Pens dudes (I say “dudes” liberally here) did something different. And they’re pretty successful where others have failed.

Try to think about your topic in a new way. What can readers/listeners get from you that they can’t get other places? It could you your writing style. It could be the way you approach a topic. Ideally, it’s both. Your branding definitely comes into play, but it goes beyond your personality. Focus not just on your niche, but the unique “oomph” that you bring to that niche.

The last piece of advice I want to dish out is this: no matter how full or empty your niche is, you can’t expect overnight success. Even popular content creators who are just starting out know that numbers are going to be down for the first few months. Keep on truckin’. I know one blogger who gave up after less than a month because she was frustrated with low traffic numbers. Building an audience takes time. Even if your niche is as saturated as Steve Ballmer’s shirt, you can build a following if you’re a consistently good at what you do – just give it some time. If people are interested in your niche, they’ll find you. After all, it’s time we’re aware, it’s a small world after all.

*MMO = Make Money Online, but every time I see it, I still think “massively multiplayer online” in relationship to video games like World of Warcraft and Everquest. Yes, that is how big of a geek I am.