Yesterday Twitter hit a pretty big snafu when an innocent user found a way to make another user follow them! A Turkish man wanted to tell his followers about a band “Accept” – but when he typed “Accept pwns” into the update box on Twitter, he noticed that a user by the name of @pwns now followed him. 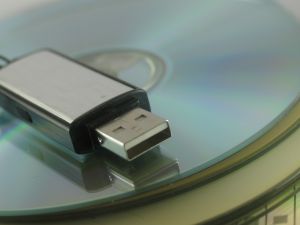 Once news hit the Internet, Twitter alerted users to the bug and spent the day trying to remedy the situation. Several users complained that their accounts’ follower and following lists were set to zero in an effort to make the lists accurate.

Which made me think … it probably makes sense to back up my Twitter follow list! Having been on Twitter for several years, I’ve spent a good amount of time building up my list to include interesting people in a variety of different industries. Some usernames know by heart, but certainly not all 1500 of them. So, perhaps its time to back them up.

Here are a variety of tools that make it easier to back up your Twitter follow list (they also allow you to choose your Followers, Tweets, etc):

Once you’ve chosen the items you want to back up, you then have the option to save it as a file on your hard drive. It goes without saying, that you’ll probably need to back up that file as well. You don’t want to repeat my trip to the Apple store last month where I promised the guy at the Genius Bar my first fourth-born child if he could save all of my data.