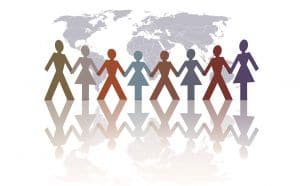 If you listened to Jim Turner’s telethon for Haiti over the past couple of days, a certain topic came up often – whether or not social media people are all preaching to the choir.

I thought about this a lot last night. I mean, we all read the same people’s blogs and follow the same people on Twitter. We go the same conferences to hear the same speakers talk about the same things. Social media people already know about social media. Instead of talking to the same folks all the time, we need to figure out a way to get everyone involved.

Last Friday, I had a lunch meeting with one of the Cub Scout dads and his partner. They were tasked with building a website for a cancer community and their biggest challenge was in bringing in people to join the discussions and do more than look around and leave. They relied on a very small bit of search engine traffic and a Google Adwords campaign to bring in readers, and, hopefully, participating members of the community. As you can imagine, it wasn’t working.

I wondered if hiring a community manager would be more cost efficient than an advertising campaign. Hiring someone who knows the subject manager and can engage a community would be a lot more effective in this instance, than putting out money for  to place a generic ad for Google searchers.

Stuff that I take for granted as common knowledge, isn’t common outside of social media circles.

As I thought about this more, I wondered how we can introduce civilians to social media so more people could join the conversation. My thoughts are below, and I’d to read your suggestions as well:

Now don’t get me wrong. I learn from so many of you, but you have so much to offer to the rest of the world. How can you reach beyond the blogosphere to the people who truly need to learn? What do you have to offer?