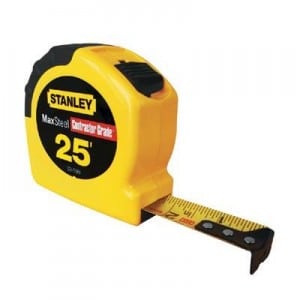 I was hoping I could get a better title than that but I wanted to also see what kind of Google search results that will provide with giggles late at night.  The reason I wanted to talk about size is because there seems to be a differing opinion as it relates to the size of your Twitter followers.  One of the most attended and best received panels this year at BlogWorld Expo was about the gaming of Twitter and the inflation of follower numbers.  I unfortunately was not able to attend the session as I was otherwise busy with a few things, but I know it did well.

The inspiration behind the panel was why it is a bad idea to inflate or increase your follower numbers just for the sake of a big number.  I was reading Seth Godin’s blog about bullhorns.  Yeah I know he has a way of speaking in metaphors better than anyone.  You have to read the post yourself to get the idea. In the post Seth talk’s about Anil Dash’s recent and often discussed series about being on the suggested user list and why having a million followers on Twitter is actually not really as it seems.  It seems among my brethren in social media and marketing circles that they are shouting from the mountain tops that size doesn’t matter and note that many of which don’t actually have the size spoken of and are not benefiting from Twitter with the same dollars that Kim Kardashian is seeing with her $10,000 per tweet budget.  Are any other people out there with 100 followers making that kind of coin? Not hardly.  Why? Because the size of your bullhorn matters.  If Kardashian get’s 10K how much would Oprah get?  I shudder to think of that amount.

I can remember when people like Jason Calacanis and others were begging to be on the list and others were upset they were not included.  It’s about the numbers.  We all know that size doesn’t matter (it doesn’t right?).  If size doesn’t matter why do companies only want bloggers that have huge traffic numbers, and only pay attention to Twitter people that have large followings?  It is because they can put a metric on it and sell it.

Apparently, it is all about the Twilebrity?

Until we come up with a better metric or until we can stop “measuring”, size will always seem to matter.  To the people that are writing the checks and paying for Tweets or making lists of the tops in Twitter that has the most traffic it does matter.  Now, where did I put that stupid bullhorn?  Sorry Seth, apparently that is the game we are playing and until the rules change, those like you that have the largest will be the winners.

Infographic: What is Google AdWords?