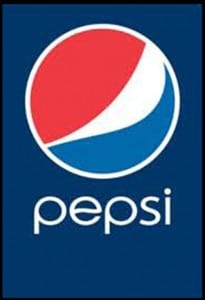 This is certainly not a “Pepsi is better than Coke” or now begins the cola wars , I am referring to the world of monetizing.  Recently ABC reported, Pepsi announced that it would discontinue spending money on advertising on Super Bowl Sunday.  I have for years thought that the price of advertising on that day is way over priced, unless of course I was the guy getting the commission for that sale.  Millions of dollars being spent to have a slot of 30 seconds for the world to see you and your brand is a big gamble.  I suppose if your 30 seconds was the best or in some cases the worst you would extend your brand to many eyeballs all watching.  This is beginning to change and apparently Pepsi is leading the charge.

Why is this good for bloggers?  Brands like Pepsi and others are going online for their eyeballs.  I am not going to get into the debate in this post about why eyeballs are not the metric I think is for our future, but suffice it to say, eyeballs don’t buy.  Pepsi is also doing something that I believe is a masterful move into also contributing to charity while changing their advertising strategy. Forrester has a great post on its blog discussing the issues of the Pepsi move and its impact on the world of marketing.

Bloggers had a very difficult time selling their content to brands in the beginning. It always went back to eyeballs (perhaps this is the time for that debate). Bloggers that had millions of page views a month, a feat derived only by the top of the top of bloggers, made very little on their content as compared to their traditional media counterparts.  That in itself is supposition with the fact that bloggers were never considered in the same breath as traditional media.  As we all know, this is changing now.  Bloggers are seen as influencers and as people that can vault a brand into rock star fame.  Look at Ford for your example.

We are seeing other areas that are getting the dollars like Facebook for example.  The ABC example of Toys “R” Us building a Facebook page and seeing growth of between 40,000 and 95,000 fans per day after its late November launch is an example of what is catching the attention of those writing checks for marketing campaigns.  Their will be a race to see who can get your attention where you are, and Facebook is getting the attention of every household in America.

As traditional brands such as Pepsi and Ford and others begin to move their war chests of advertising dollars to other areas of the media, meaning bloggers and social networks, we all will have a better chance at a piece of the pie.  Rather than putting millions of dollars into a 30 second spot, brands may even give millions of bloggers that share.  This is only going to mean $2.00 perhaps but it is a huge increase over the .02 I made from Google Adsense last year.  My percentage of increase looks good on a corporate report!