I’ve said before that milbloggers, and the milblog panelists, span the spectrum. Today, it is a pleasure to begin showcasing that spectrum by starting with Barmy Mama. 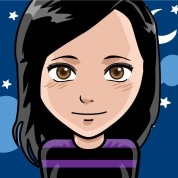 Now, blogging has been a bit lite of late, but having a newborn tends to do that. Now she may not do so, but I hold Rick Calvert and the folks here at Blog World responsible for the timing. As she put it to me, “Ironically, right when I opened up the confirmation email they sent me on the 10th, I went into labor and my son was born a few hours later.” Lite though her site might have been of late, it is a delight filled with humor and more.

Her bio is as follows:  Deanna is a 31-year-old, mommy of two, a former US Marine, and has been married to an Army National Guardsman for four years.

Barmy is a panelist on “They Also Serve: Spouse Bloggers” This panel looks at the oft overlooked half of the equation that makes protection by military, law enforcement, and other first responders possible. The panel begins app. 0945 hours on Thursday 15 October.