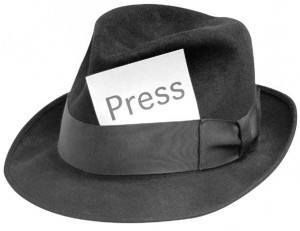 I began working for a traditional magazine publisher in 1985, the beginning of a long, tumultuous career in “old media”. As someone who started out old school, it’s been interesting watching old media dissolve and new media evolve. Unlike many of my old school contemporaries, I’ve been quick to embrace the new way. I dig the whole community vibe and easily digestible format. I love how news breaks almost immediately without the approval of editors or network heads and how everyone is quick with the analysis.

In case you haven’t been at this “media” thing as long as me, here are a few comparisons:

Old Media: Pay a freelance writer $1 per word to research, interview and write up an expert article. Publish and pay six months to a year later.

New Media: Pay freelance blogger $1 per post to Google and rewrite someone else’s researched, expert article. Publish and pay on the same day.

Old Media: News breaks. Sit on it for as long as possible in order to protect the guilty innocent. Make dozens of phone calls. Confirm sources. Check facts.

Old Media: Letters to the Editor.

New Media: All news, all the time.

New Media: Bloggers are called out in the comments for their typos.

New Media: Bloggers and Twitterers make sure all sides of the story are exposed.

Ok. So maybe there are a few exaggerations here, but there’s a whole lot of truth to it as well. To me, the biggest differences between new and old media are the time it takes to get the news to the people, and also, the ability of the people to receive the truth, instead of watered down, sponsored, “need to know basis” versions of the truth we’ve received in the past.

What differences do you see in new vs. old media?