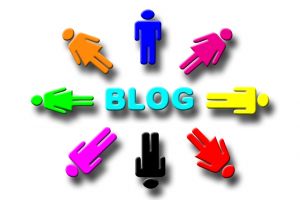 Almost a year ago, my blog Freelance Writing Jobs grew from a standalone blog with several bloggers to a network of seven blogs. As you can imagine, it’s been a challenging experience, one in which I continue to learn and grow.

There were several reasons I decided to grow my blog into a small network. The biggest reason, I think, was because I had several writers, plus several job listings daily, and it was getting a bit noisy and busy. I thought by having several different nichey blogs,  it would make life a little less noisy and content would be easier to find. I also felt that since the blog was doing terrific, revenue wise, seven blogs would do even better. To say it’s all been interesting is an understatement.

Now, I won’t claim to be as big as b5Media, Sparkplugging or Splash Press Media, but I am continuing to grow – and it’s been an uphill climb.

If you’re considering turning your blog into a network, you might want to take note. Things won’t be rosy and there will be plenty of growing pains, but hopefully it will all turn out in the end.

Folks Won’t Get it At First

Anyone who has ever changed a blog design knows that readers will complain for a while. No one likes disruption in their routine. Changing my standalone blog into a network meant more than a design tweak. I had to change the blog’s homepage to become a portal leading to the various blogs. This threw the entire community into an uproar. My community was very comfortable with the “old FWJ” and many wanted to know why I would fix it when it wasn’t broke. I’m happy to report most have come around to the dark side and are enjoying all that we have offer.

After having been responsible for two server crashes in as many weeks, I can tell you things can, and will, go wrong. The thing about having managing so many blogs and bloggers is that calamity will ensue. As traffic grows so will the need for better hosting — it’s best to learn that before it’s too late.

The biggest challenge has been in monetizing FWJ. So far the new blogs haven’t come close to matching the original blog’s revenue stream. There are plenty of reasons for this. Mostly it’s because the other blogs aren’t getting the traffic the original blog and home page are receiving. The team really isn’t as into the promotion and traffic building as I am. (See the section below regarding bloggers sharing your vision).  Though the blogs are earning, it’s not as I expected but we are showing a slow steady rise. FWJ as a network is quite profitable, so it’s just a matter of getting those blogs going.

You Will Spend More Money Than You Planned

There will always be tweaks and upgrades. There will be coding issues to fix. There will be new hosting fees. Contests. Promotions. You will want this bell and that whistle. You will need to advertise. And yes, it will cost you.

To me, FWJ is a passion, to my bloggers it’s a job. If Iwant them to go on and beyond I’ll either have to pay them handsomely or bribe them with bonuses or contests. Now, I don’t expect anyone to put in extra work on my behalf, especially if they’re not getting paid for it. Just keep in mind you get what you pay for. Passion costs extra.

There are No Regrets

So, almost a year later, do I have any regrets? No siree, Bob. This has been a wonderful experiment. My community, filled with thousands of amazing writers, has grown by leaps and bounds. I employ the best freelance writing bloggers in the world. Advertisers are starting to come to me, instead of the other way around. We have a wonderful, sharing and giving community. I learned so much about growing a blog network, traffic, monetization and more it’s been so worth it. I’m still taking babysteps and we have to move to a better equipped host, but it’s all good.

How are you going to take your blogging to the next level?