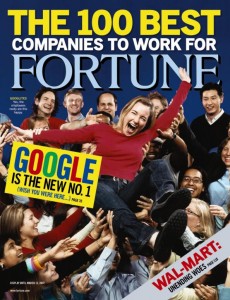 Looks like the biggest big-wigs of the biggest companies in the world might just have some explaining to do.  The world is shifting every day to a much more “socially networked” world, and everyone from your grandparents to your grandchildren are jumping on board and taking part.  That is, everyone except for CEO’s if reports that are coming in are as accurate as they believe they are.

That’s right, some of the CEO’s of the world’s largest and most successful companies are also some of the biggest slackers when it comes to social media and jumping on board the social networking bandwagon.  According to the most recent report done a company called ÜberCEO, who analyze and research the head honchos of the biggest companies:

“by Looking at their use of social media sites such as Facebook, Wikipedia, Twitter and LinkedIn, ÜberCEO notably found that none of the Fortune 100 CEOs has a blog and “81% of CEOs don’t have a personal Facebook page…Perhaps most shocking of all, in light of Twitter’s popularity, “Only two CEOs have Twitter accounts.”

Is it me, or are those numbers astonishing?  Considering the fact that Fortune 100 companies include names from AT&T, Wal-Mart, Dell, Target, Rite-Aid and many, many others, you’d think that a greater percentage would be involved, especially considering the increasingly social nature that nearly all business on the internet is adopting.

The good news, however, is that for every major company that isn’t using Twitter, Facebook or any of the other major social networking sites and services, there are other companies that are using them, and they are on the rise.  Companies like Zappos, Ford and others are stepping it up, and while some might not be using their actual CEO’s to do the dirty work, at least they are getting their presence out there.

The real question is, when will the other 81% of the top CEO’s in the world get the hint, and start adding a little transparency to their business, and their lives?