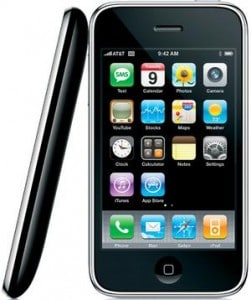 In case you were sleeping, living under a rock or were completely off-the-grid for the last few days, you most likely already know that Apple just made a splash.  Yes, another one.  At the recent WWDC they had a few pretty substantial announcements to make, but the biggest, in my humble opinion, was that their wildly popular iPhone, is about to get even more so.  Yes, Palm Pre, this is when you get terrified.

Yep, the iPhone, already one of the most popular cell phone devices ever made, is most likely going to get even more popular, and you’re going to be seeing them in a lot more people’s hands considering they can now be had for only $99.  You heard it right, Apple lowered the price by a huge margin and it’s now $100 below the Palm Pre, that is currently taking pre-orders now.  Keep in mind, the iPhone 3G, at only $99, will still have access to the entire iPhone App Store that is currently populated by over 50,000 apps.

What does this mean for the industry?  What does this mean for social networking and the future of the web?  A lot, in my opinion.  This is putting the mobile web in so many more hands, allowing access in so many more ways.  Not only can we access it in so many more ways, we’re able to access it in so many different places.  Anywhere you get a cell signal you can now browse the internet, which means news can be made and reported, Tweets sent, and social media uploaded from nearly anywhere on the globe.  The world is shrinking and it’s moves like this that are making it even smaller.

At $99, who won’t be buying one of these?  As far as I can tell, the only people that won’t be jumping on board, are the people whose networks don’t support it, like Verizon.  Rumor has it, however, that Apple is looking to change that too, and that Verizon might have their own iPhone within the year.  Wow.