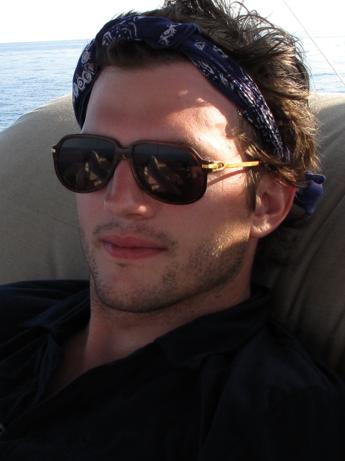 I have news for you. There was a Twittersphere long before you went on national television begging for followers, and there will be a Twitter long after.

Your threatening to stop Tweeting if Twitter turns into a reality television show is akin to the many Twitterers who threatened to stop Tweeting if celebrities (that would be you) took over Twitter with their million plus follower accounts.  We don’t care.

I mean, you go on CNN, you go on Oprah, you’re in the headlines for weeks for being the first Twitterer with one million followers, and you worry about Twitter being a sell out because of a rumored television show? What’s the matter Ashton, did John & Kate steal away your headlines this week?

You say you’re against a Twitter television show because you don’t want to be stalked. Yet you’re on television drumming up a following. You even post pictures of your wife’s butt. If you’re so interested in your safety and privacy, I’m thinking you might want to spend a little less time online? You’re a celebrity, Ashton. We find you pimping cameras, taking over the CNN building, and punking unsuspecting celebrities, and now, after all this time, you’re worried someone may stalk you because of a rumored reality television show that would be “putting ordinary people on the trail of celebrities in a revolutionary competitive format.” Heck, TMZ does this on a daily basis.

Go ahead Ashton. Stop Tweeting. Then come back a week later and see if anyone noticed.

Someone who thinks maybe you should stop for a while so more important topics can make the headlines.