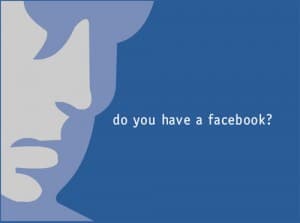 Looks like Facebook is still bringing in some substantial appraisals for just how much it’s worth.  While we’re still a bit unsure if it’s actually Worth the money they are claiming it is worth, a Russian company just offered Facebook and its head honchos $200 million for only 2% of the company.  That means, for all you  non-Math fans, that their estimating that Facebook is worth about $10 billion dollars.

According to various reports coming in:

The offer, if accepted, would mark the first time since 2007 that Facebook has accepted a financial offer like this.  Two years ago they sold a 1.6% stake in the company to Microsoft, which at the time valued the social networking giant at $15 billion.

The question many are left asking, however, is whether or not Facebook is really worth this kind of money.  Given the fact that many users each day, week and month are ditching the service and turning to Twitter, is $10 billion an overshot?  Are they worth anything CLOSE to that?  There have been rumblings that Facebook is having a bit of a problem with money, and if so, we could see them accepting offers like this with a lot more frequency.  First, however, they’d have to say yes to this one.  Time will tell if they do or not.