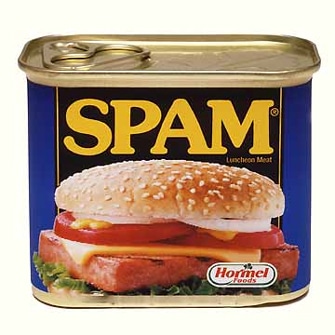 The past couple of weeks found me on a quest for answers. With everyone claiming to be social media experts nowadays, I went looking for definitions. What is social media? What criteria should one have before claiming social media expertise? I’m still compiling that data, but there is one trend I found interesting and disturbing. Many people who are new to social media consider it nothing more than spam, and they’re happy to do the spamming. Since it falls under the whole “social media” umbrella they feel it’s ok.

When I ask “what is social media?” I’m amazed at how many people feel it’s only a way to promote articles or blog posts, or pimp a service. Twitter profiles with 20,000 followers are filled with links. I’m getting Facebook invites for events from the same people every single day, and they’re not saying anything new. These linky people aren’t trying to have a conversation or form a relationship, they just want me to check out their links.

There’s a different between social media and spam. Social media doesn’t have much to with self promotion, really. Instead, it’s about building up relationships with others and then using those relationships to share ideas. It’s about having a conversation with like minded people, and maybe, sharing the occasional link now and then – but not in a manner that’s off putting to others. This why I have a problem with the people who build up a following of 20,000 people without following anyone in return. It’s so terribly one sided. Sharing indicates more than one person is involved. Blasting out links is not sharing.

The folks who truly know how to use social media are the ones who can build up a relationship online and use it as a base that includes conducting business face to face or over the phone. Twitter and Facebook are a very small part of social media and so are links. Enough with the social media spam.