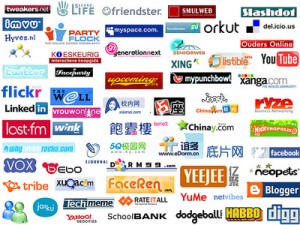 I just caught wind of a project taking place in Cleveland, Ohio where health officials are actually using social networking sites like Facebook and other mediums that are similar to address a growing problem in the public health scene:  HIV and STD’s.  Check out the official news from Cleveland:

“The city’s health department will set up profiles on two popular gay meeting sites next week and plans to log on to Facebook later….The profiles will allow the department to communicate with other users on the sites whose real names may not be known by their sexual partners….Cleveland HIV/AIDS services director David Merriman says it’s not unusual for those who test positive for HIV or another sexually transmitted disease to say some sexual encounters were with people they knew only by a Web site screen name…Columbus Public Health began using social networking sites in a similar manner last year.”

Personally, I love seeing new technology being used in even newer ways.  It would be closed-minded to think that all of the buzz and excitement surrounding new social media, social networking and microblogging sites is limited to business and profit.  The bottom line is, a lot of good Can be done when you’ve the ability to reach so many people in one fell swoop.

With Facebook officially hitting 200 million members, the time is now to really embrace the technology and start reaching broader audiences with broader problems.  Taking advantage of this is officially job number 1.