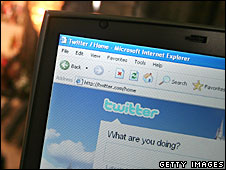 As services like Facebook and Twitter continue to dive deeper and deeper into our lives, it looks like there are some people out there that view the services as more of a threat than anyone previously believed.  The fact that they allow anyone, anywhere to get intimate and in-depth looks into someone else’s life is no secret about Twitter, it’s the reality that actually made the service so immediately popular.  Now, however, there are some slight concerns being raised, especially in the world of the U.S. Legal System.

That’s right, looks like so me people out there are a bit afraid that Twitter and Facebook, most specifically their ability to instantly and easily update everyone as to exactly what’s going on with a certain person, might be jeopardizing trials and legal events.  According to recent reports:

“The verdicts in two US trials are being appealed against because jurors made comments about them on social networking sites.  Defence lawyers in the two cases say postings by jurors on sites like Twitter and Facebook could be grounds for appeal.”

As you know, jurors are forbidden to discuss anything relating to the case anywhere outside the deliberation room.  By allowing Twitter and Facebook, they are able to interact directly with thousands and millions of people with the simple push of a few cell phone buttons.  Yikes.  The question is, how do we enable our court systems to work in the new world?  Traditionally they’ve been plagued with an inability to work with the “Wired World” and as we move further and further into new technology, new media and social networking, these problems will no doubt continue to surface.

The question is, how do we address it?  How can we ensure fair and impartial trials without taking technology completely out of the equation?  What do you think?  Sound off…