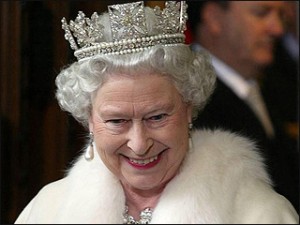 The fact that Twitter has officially “made it” is no longer a secret to, well, anyone.  In this day and age of blogging, micro-blogging, status updates and yes, Tweeting, everyone has a Twitter and the sheer number of new accounts every single day is staggering.  Want to know what Shaq is up to?  Follow him on Twitter.  Jimmy Fallon’s thoughts on his first week of hosting Late Night?  Simple, follow him on Twitter.

The bottom line is, everything, and I do mean Everything is moving online, and it turns out, even the Royal Family is jumping on board.  Reports of the Queen, yes, The Queen, sending emails to her family, sending Christmas messages via YouTube, to now using Twitter to send live-updates and Tweets to anyone that cares to follow her.  According to reports:

“…the Queen’s Observance of Commonwealth, which is scheduled to be held this Monday in Westminster Abbey, will feature live on the blogging site Twitter, and the officials will send “tweets” about the progress of this annual grand event. “

So, we’ve got YouTube, Website, Email, a Royal Podcast and now Twittering?!  Welcome to the present, your Majesty, we’re happy to have you.